Looking to find the best pest expert for your story?

Biographies of Atlanta-based Arrow Exterminators representatives are included below. To schedule an interview, please fill out the media request form. 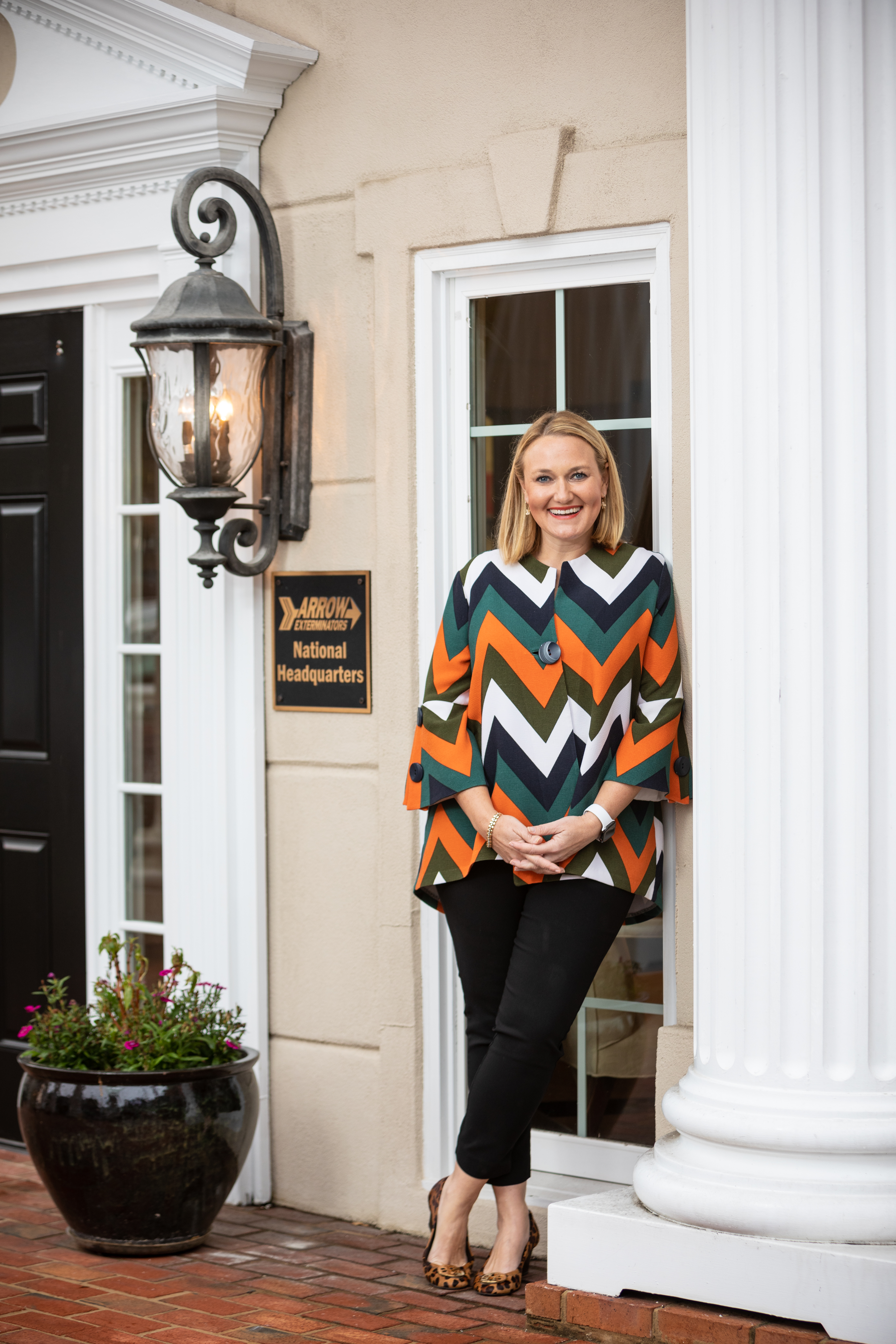 Emily Thomas Kendrick is the Chief Executive Officer (CEO) of Atlanta-based Arrow Exterminators, a family-owned company her grandparents founded in 1964.  Emily represents the 3rd generation of the family and began her career at Arrow in 1998 after graduating from Vanderbilt University.  Over her 22 year career at Arrow she has served in a variety of positions throughout the company, including in residential and commercial operations and sales, information technology, and marketing.  She was promoted to Chief Operating Officer in 2003, President in 2008, and Chief Executive Officer in 2010.

Leading Arrow’s team of over 3,200+ ladies and gentlemen with 166 offices in 12 states doing over $345 Million in revenue, Emily and her team are passionate about continuing to grow the business to create new opportunities for their team members and new jobs for the local communities they serve.  They have aggressive plans to grow the business to $400 million in the next 3 years and $500 million in 6 years.

A passionate advocate for the Pest Management Industry, Emily has served multiple terms on the National Pest Management Association (NPMA) Board of Directors and is active in the Professional Women in Pest Management (PWIPM) organization.  A recipient of the inaugural “Woman Of Excellence” award for the pest management industry and a PCT Crown Leadership Award Winner, she recently accepted the #1 Top Workplace Award in Atlanta, GA on behalf of Arrow.

In addition, Emily serves on the Advisory Board for the Emory University Winship Cancer Institute and as an Emeritus Board Member for St. Jude’s Recovery Center. In addition she is a member of the Young Presidents Organization (YPO),

Emily and her husband Hugh live in Atlanta, GA where they love to do anything outdoors, travel, and spend time with family. 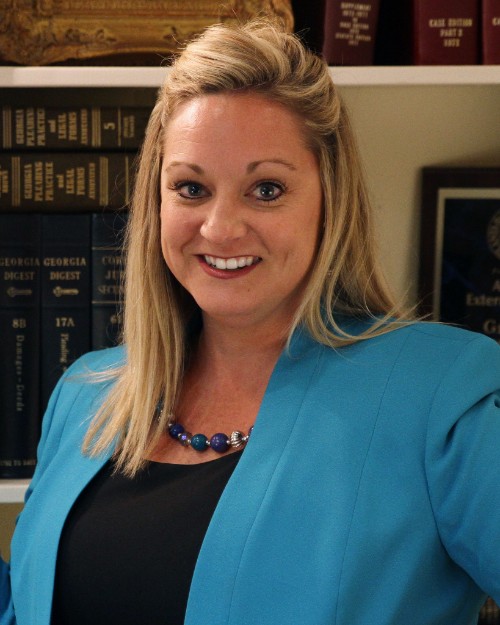 Shay serves as Chief HR Officer and Senior Vice President of Professional Development for Arrow Exterminators. She is a strategic business partner as a member of the Executive and Strategic Planning Teams at the company. Her duties include the management of the organization’s Human Resource strategic initiatives, objectives and functions, which include HR, benefits, payroll, recruiting and the company’s intern program.  She is also the executive representative for Professional Development which encompasses Arrow University and Technical Services.  Arrow University is the company’s professional development team that uses advanced learning concepts and techniques to facilitate all training for the company, including manager, new employee and technical training. Shay has been named “Impact Player of the Year” for 2012-2013, 2013-2014 and 2015-2016 along with her team members.  In addition, she also was named the recipient of the “Jeff Singley Leadership Award” in 2014.  Runion was named NPMA’s (National Pest Management Association’s) Women of Excellence Award winner in 2016 for her impact on our industry in Georgia and the national front.

The Arrow University Team under Shay’s leadership won the Joe Thomas Pioneer Award for the company in 2018.  This award is given to the individual or team in the company who is recognized for using creativity and innovation for the advancement of Arrow.  Factors for consideration include the impact on the company, a "Beyond the Call" attitude, pushing the edge of the envelope, overall contribution, leadership skills, and respectfully challenging the paradigm.  Most recently, Shay was honored by the Atlanta Business Chronicle as a recipient of a HR Hero Award for her outstanding accomplishments in the HR field.

Shay graduated from Auburn University in Agricultural Sciences and has a Master of Sciences degree in Human Resources Development from Villanova University.  Shay previously served on the Georgia Pest Control Association Executive Board for over four years. Runion is the 2nd female in the 66-year history of the Association to serve on the Executive Board and as President. Shay is still very involved with the state association serving as a Region Director and on several committees.  She also spearheads the Professional Women of GPCA group.  She serves as Co-Chair for the National Pest Management Association’s Professional Women group and Chair of the newest committee, the Recruitment and Retention Committee in which she will use her HR expertise.  Shay is a GA department of Agriculture approved speaker, helps facilitate train-the-trainer, and has served as the GPCA Leadership Chairman and the Education committee co-chair for several years in the past.

She is also a member of the Board of Visitors for Truett McConnell College.  Her contributions extend to her community in which she works with several local schools as a senior project professional mentor and booster club supporter.  She resides in Canton, GA with her husband Jeff and two boys, Zeb and Eason.  Their family is involved in their Church where she enjoys singing.  They spend family time playing sports and watching sporting events.  You can find the four of them either at their Church, at the ballfield or riding four-wheelers and dirt bikes.  Shay enjoys her work but also loves being a boy mom!