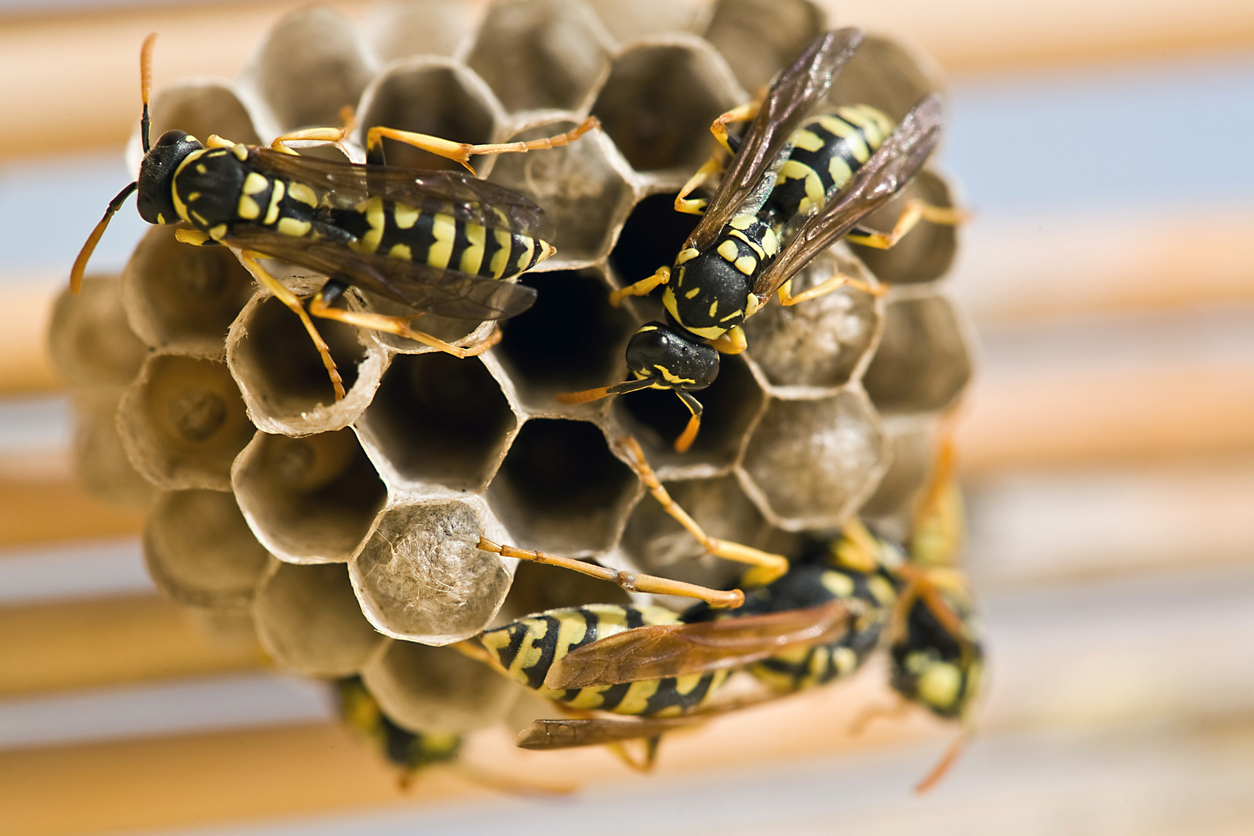 Beware of the Buzz: Wasps Who Love Houston

Ah, Texas. Who doesn’t love southern charm, bayou sunsets, and big hair? The issue: more than one type of resident can’t get enough of the Lone Star State — the wasp. Here are four types of wasps who call the Houston area home, so when you hear the dreaded buzzing noises and see the quick flashes of yellow, you’ll know who it is and what to do. 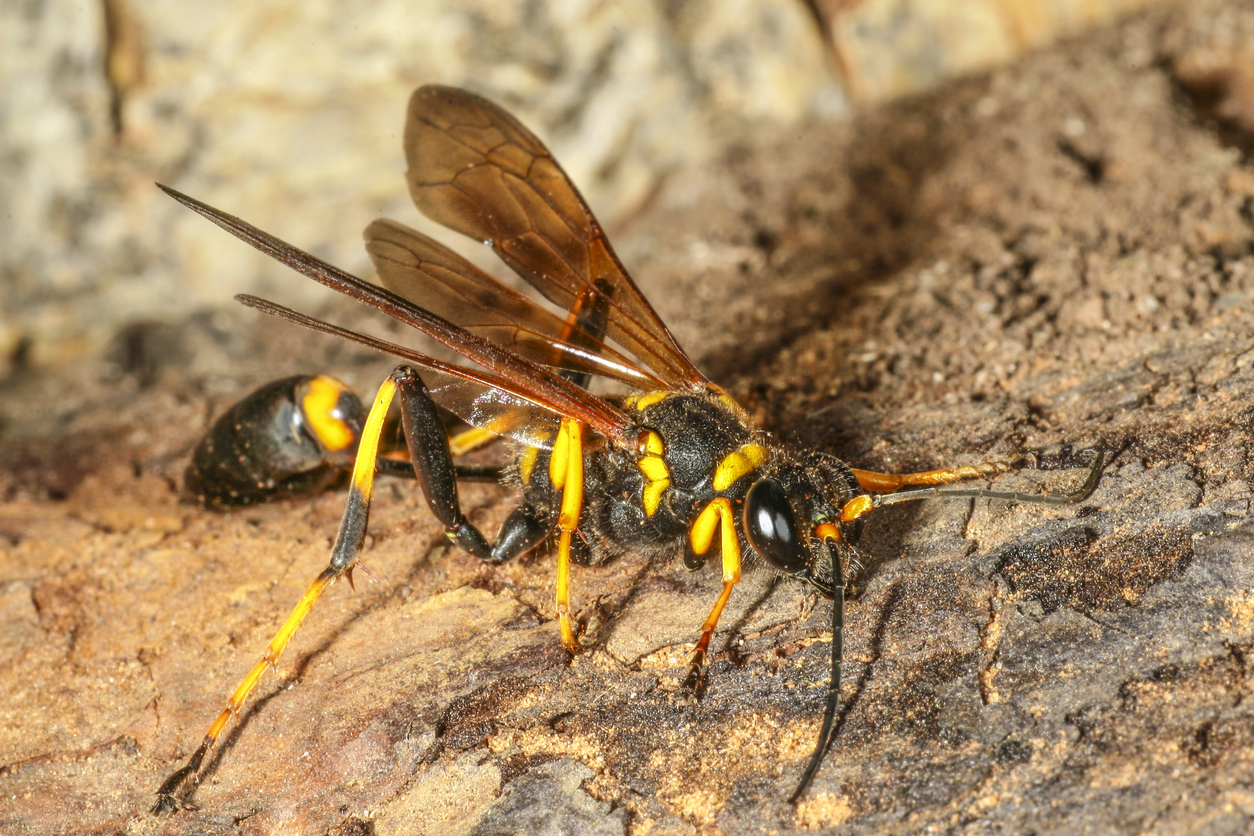 Mud daubers, also called dirt daubers, are common in Texas and are known to build their cylindrical nests of mud and dirt in and around homes looking for safe, dry locations where their eggs can mature and hatch. Luckily they fly alone, meaning the nests are home to only one wasp.

There are different kinds of mud daubers, but they’re generally three-quarters of an inch to one inch long and are either solid black, black with yellow markings, or bluish-black. Their most identifiable feature is their long, narrow waist.

Mud daubers aren’t typically aggressive and can help keep away spiders and other insects, using them for food and building their nests. They’re known to hunt black widows, so if you believe your home is attracting quite a few mud daubers, you may want to check for spiders. 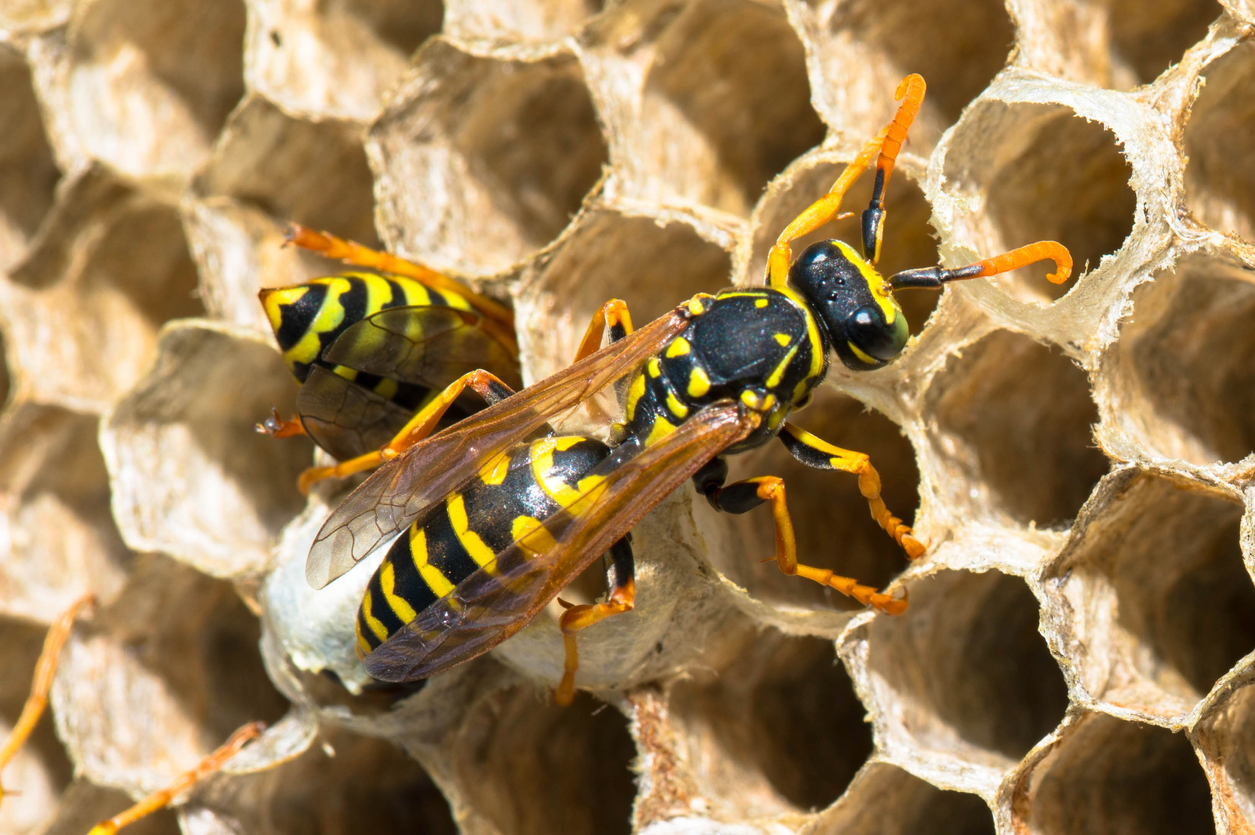 Paper wasps gain their name from building nests made out of a paper-like material called cellulose. Their nests are clusters of hexagonal tubes and are usually found under the eaves of homes. The wasps grow up to one inch in length and are reddish-orange or dark brown with yellow markings.

As their nests are tightly attached to the wood of homes, they can be dangerous and difficult to remove. Attempting to destroy a nest could cause them to swarm, leading to painful stings. If you find a paper wasp nest on or near your home, it’s best to call the professionals for safe removal. 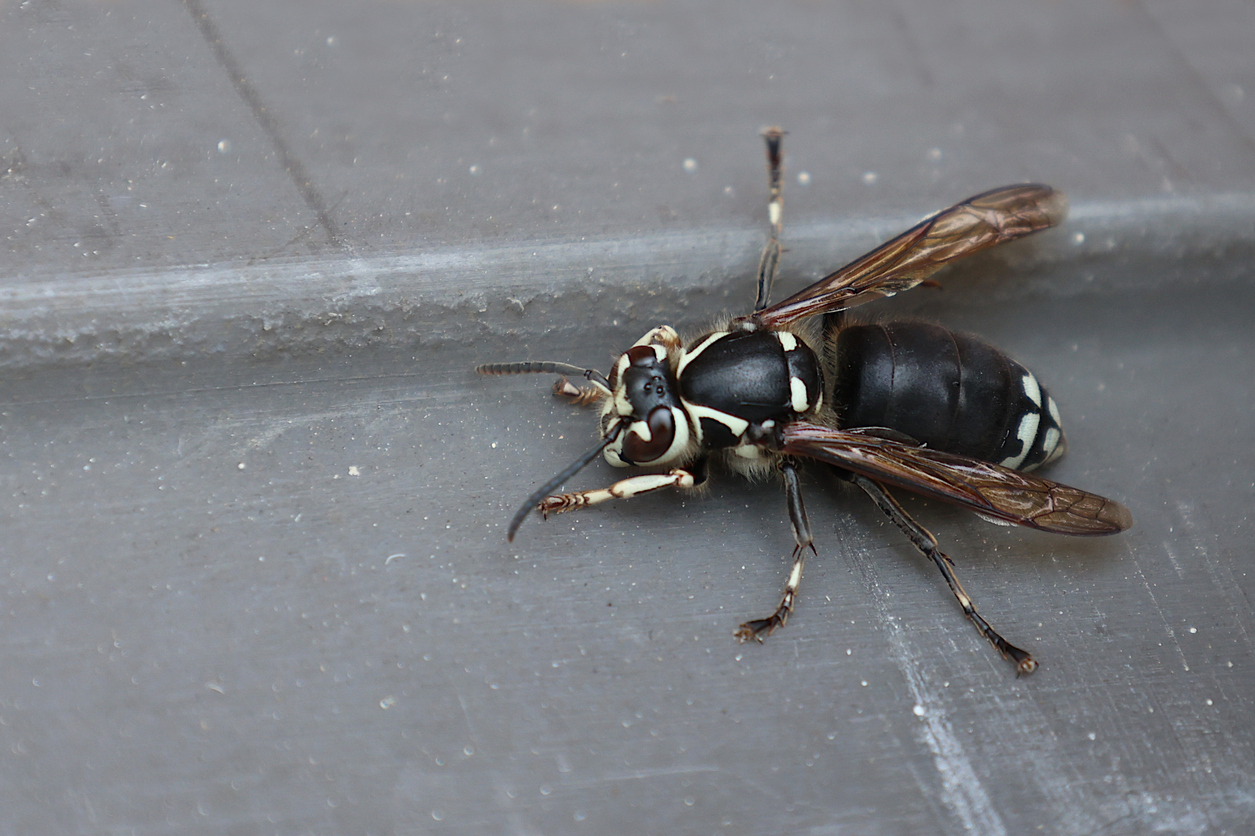 Bald-faced hornets grow up to three-quarters of an inch in length and have black bodies with white markings on their head and abdomen. While they’re labeled as a hornet, they’re actually a type of wasp closely related to the yellowjacket. Though they’re found throughout the United States, they prefer the southeast, including Houston.

Identifiable by their unique, pear-shaped nests, the queens chew wood into a paper material, using it to build a nest up to three feet long. The nests are usually found in trees, though sometimes they’ll build on the side of a home. Inside the nests are hundreds of eggs. After hatching, the queen feeds the larvae with insects until they’re adults, with up to 400 hornets swarming a single nest.

Bald-faced hornets are very aggressive and have painful stings; you’ll want to contact a professional if you find yourself near a nest, as they’ll swarm and attack if threatened. 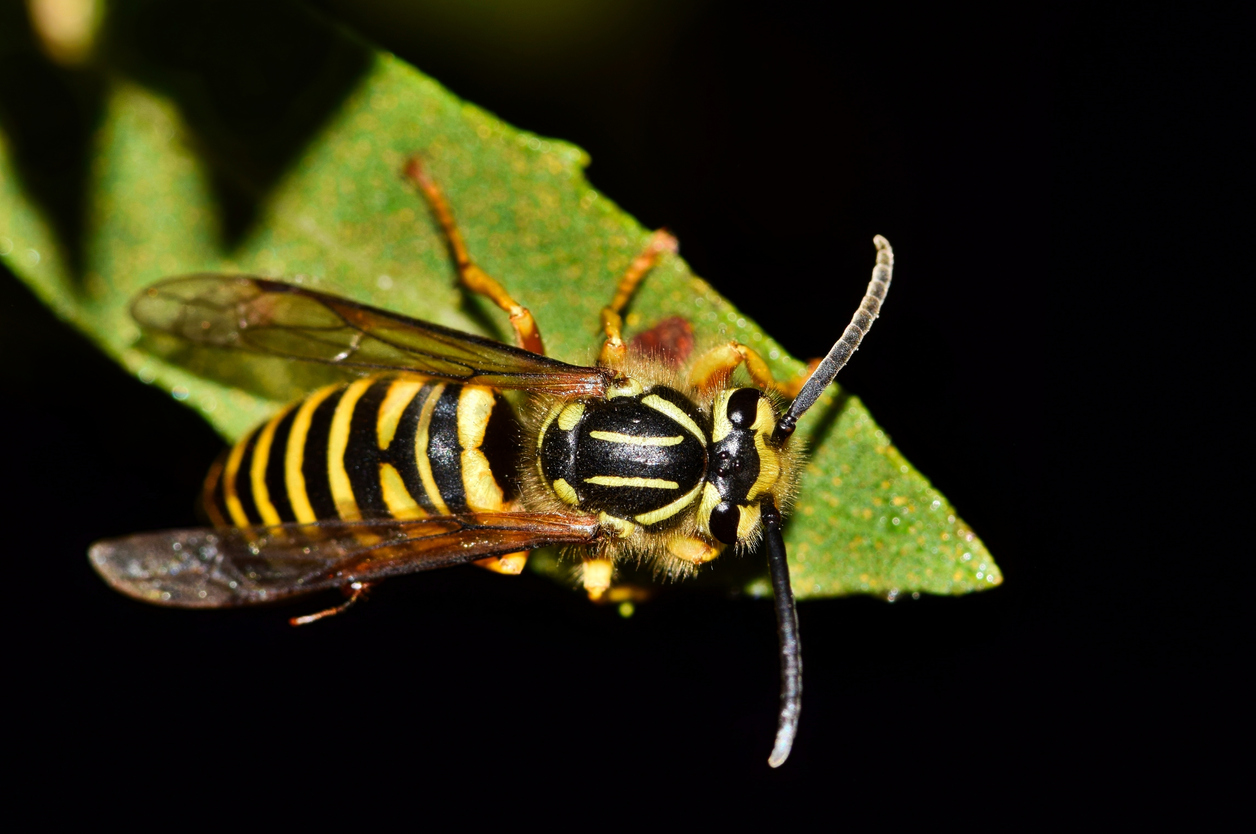 The southern yellowjacket is happy at home in Houston, thriving in the urban area and warm climate. Because of Houston’s mild winters, they can survive the colder months, building their nests up to six feet wide. They grow to about one-half inch in length and have black bodies with yellow markings. Though they often build their nests underground, they’ve been known to make their nests in and around homes.

Southern yellowjackets are often considered the most aggressive type of wasp. They’re quick to defend their nests with painful, repeated venomous stings. Because of this, always contact professionals when dealing with a southern yellowjacket infestation.

This summer, don’t hide inside due to a fear of yellow stripes. Call Arrow Exterminators for a detailed pest control plan so you can live free from the sting.