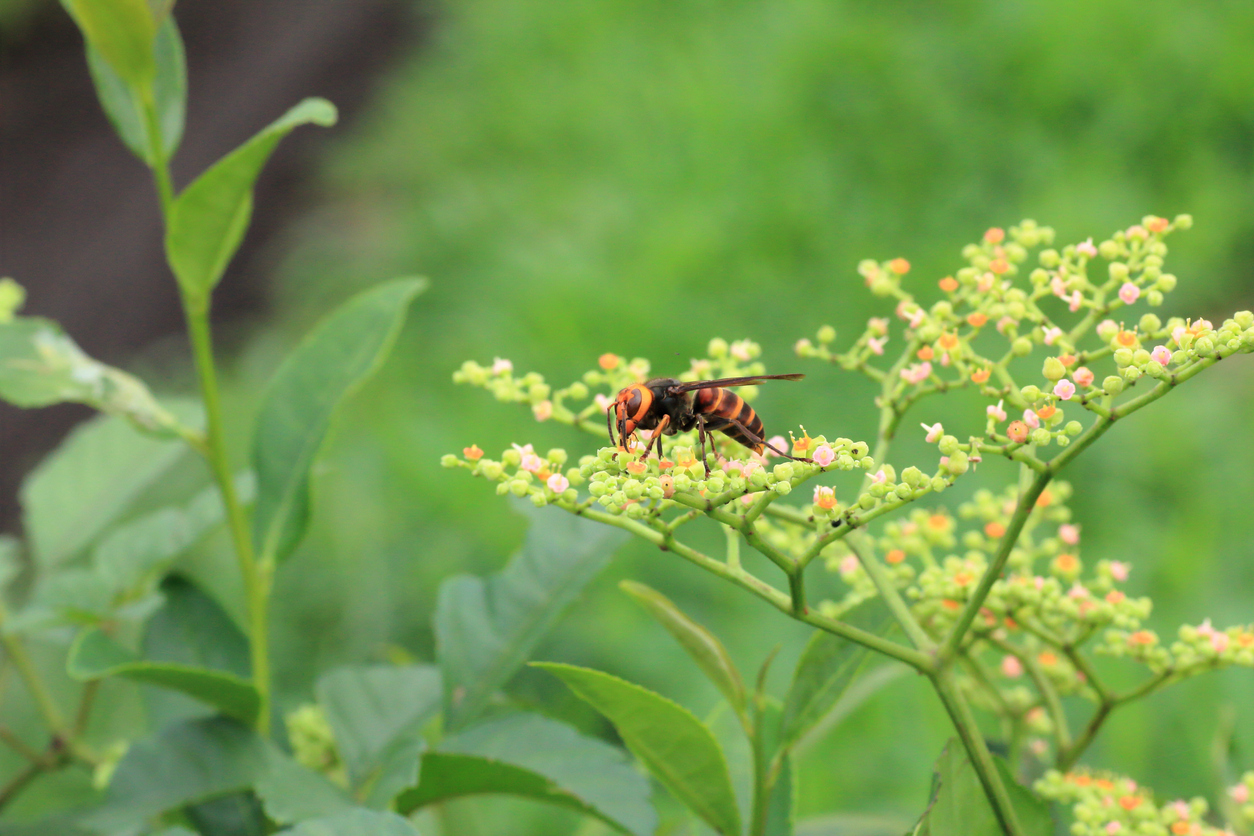 Giant Asian Hornets and ‘Murder Hornets’: What You Need to Know

It’s fair to say that there are a lot of people who can’t stand the sight of a slimy bug or a creepy crawler — but not everyone is so insect-averse. No matter your feelings about bugs, though, a sighting of the Asian Giant Hornet just might send you running in the opposite direction.

More popularly known as the “murder hornet,” the Asian Giant Hornet (Vespa mandarinia) gets its name because it is bigger than most common hornets — the biggest hornet species scientists have found, in fact — growing up to two inches in length. They’re also one of the more aggressive hornet species around, too. But how scary are they really? And are Asian Giant Hornets even a threat to humans? Discover everything you need to know about these murder hornets, from where they come from to what to do if you ever encounter one.

Where do they come from?

Like their name suggests, these hornets are native to Asia, specifically Japan. They can be found in other Asian countries like Thailand, China and South Korea. More recently they’ve been spotted in Canada and Blaine, Washington, causing concern stateside. Because they aren’t native here, scientists believe they were either brought here accidentally through product shipping from Asia or purposefully by humans.

While “murder hornets” are the largest species of hornet, they maintain all typical hornet features: large heads relative to the rest of their bodies, a pinched waist, wings and a stinger. They’re often confused with other insects in the wasp and hornet family — thin paper wasps, black and white bald-faced hornets and yellowjackets. The Asian Giant Hornet’s distinct features are their orange heads and orange-and-brown striped rear, pincer-like mandibles and, of course, their size. Queens can grow up to two inches long and have a wingspan of almost three inches.

Do they hurt humans?

Like all hornets, the Asian Giant Hornet is predatory and eats other insects in addition to leaves and tree sap. Because of their size, they eat more than the average hornet, which is where they get their murderous reputation. They use their pincer-like mandibles to decapitate other insects like flies and honeybees. Sounds scary, right? For humans, the threat is less severe. Their sting is known for being especially painful and their venom is poisonous, but it would take repeated stings from a hive to be truly lethal. Unfortunately, the “murder hornet” can sting and sting again, so even if they aren’t fatal to humans, it’s best to avoid one if you see it.

If you think you’ve spotted an Asian Giant Hornet or its nest, the best thing to do is keep a safe distance. Do not try to remove the nest yourself and call for professional help. To help with the tracking of the invasive species, you can also report your sighting to your local department of agriculture.

Concerned about wasps or hornets in your yard — “murderous” or otherwise? Call Arrow today and we’ll take care of the rest.