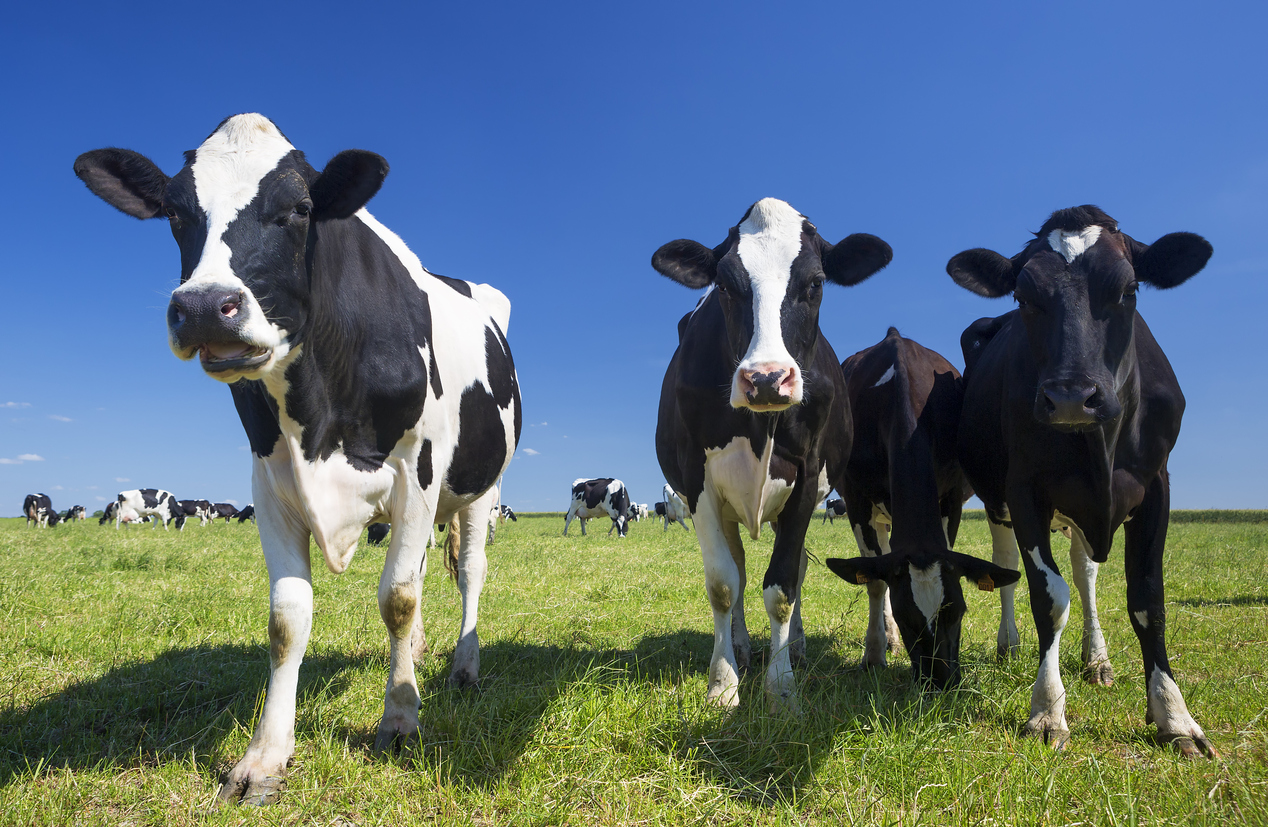 If you love a good steak, the lone star tick is the stuff of nightmares. Imagine enjoying a delicious filet, only to wake up hours later itching and covered in hives. Soon, your throat begins to close and the vomiting and diarrhea start.

Even if you’ve been a lifelong meat lover, one bite from the lone star tick is enough to make red meat a no-go for life. Sure, you could load up on antihistamines before and after a meaty meal, but your days of carefree hamburgers and hotdogs are gone for good.

Living on the Edge

Native to Mexico and the eastern U.S., this tiny reddish tick has a white splotch on its back that resembles a star or the shape of Texas, depending on who you’re talking to.

Since their bites often go unnoticed, lone star ticks can stay attached for up to seven days, which is enough time to transmit a host of deadly pathogens.

Not everyone who gets bit will develop symptoms, but many experience fever, chills, skin irritation, low blood pressure, headaches, difficulty breathing and even death.

An Appetite the Size of Texas

Living in the Midwest, Southeast and the Eastern United States, the lone star tick can be found in humid and woody areas, like second-growth forests with lots of underbrush.

In a process known as questing, when the lone star tick senses heat, vibrations or carbon dioxide, it will crawl up a blade of grass and attach itself to a host passing through — perhaps a white-tailed deer or an unlucky human.

The lone star tick enjoys blood in any form, and it will settle for a meal from almost any host. Larval lone stars often feed on birds, rodents and small mammals, while adults go after bigger prey like deer and people. 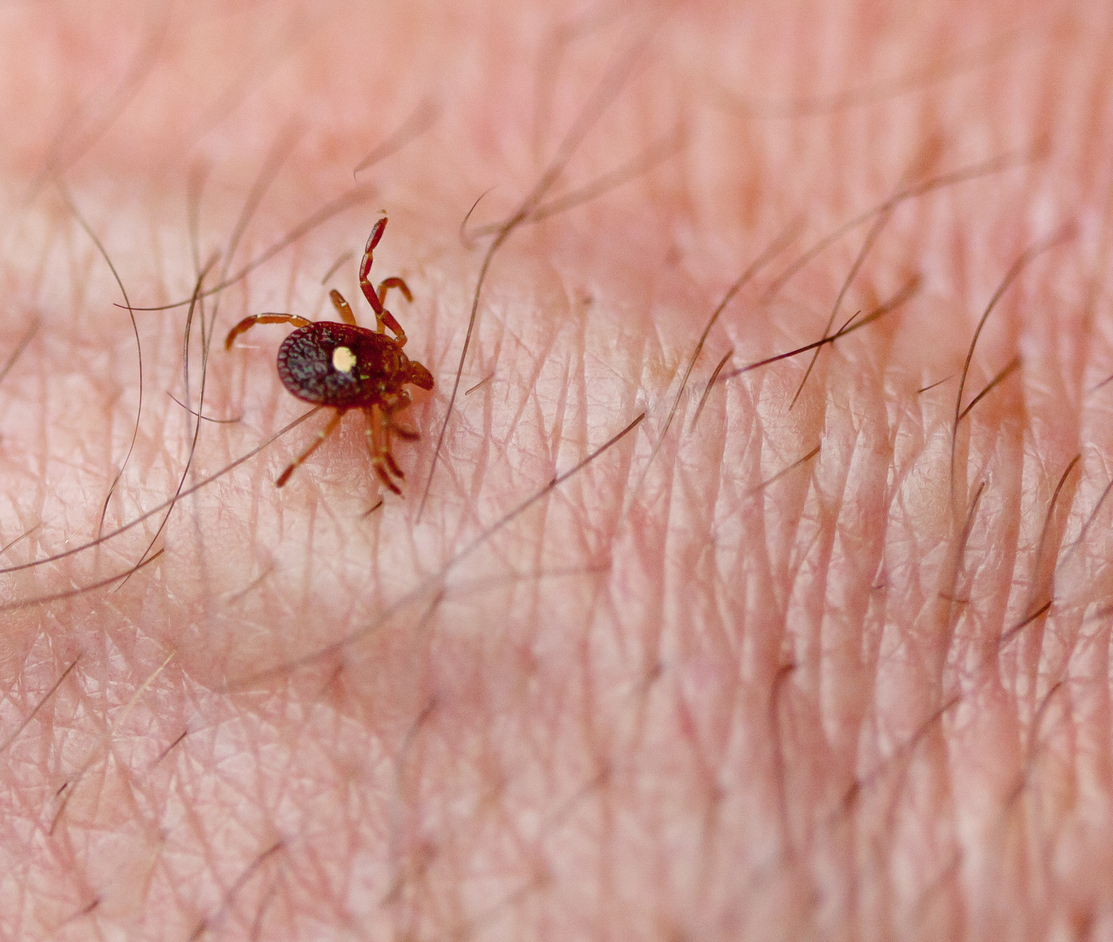 Putting a Stake Through Steak

So how do lone star ticks ruin your filets? They make you allergic to a carbohydrate called galactose-alpha-1,3-galactose. Also known as alpha-gal, this carbohydrate exists in most non-primate, mammalian cell membranes. So luckily, people who are bitten by lone star ticks can still eat poultry and seafood.

Since humans don’t have alpha-gal in their cells, the immune system views it as an invader, attacking it with an antibody called Immunoglobulin E. One bite from this pesky little bugger is all it takes to reprogram your immune system indefinitely.

How Nature Takes its Course
Alpha-gal must travel through the intestines to be released, so allergy symptoms usually develop four to eight hours after consuming meat products.

Eighty percent of patients with meat allergies report being bitten by a tick. They also experience a 20-fold increase in alpha-gal antibodies. Some element of the lone star tick’s saliva hijacks human immune systems, triggering an allergic response whenever red meat is consumed.

Tick saliva is designed to fool the human immune system, and allow them to feed undetected for days. Scientists suspect that some element of the saliva triggers the alpha-gal response. Could it be bacteria, a virus, residual proteins or some other unknown factor?

Remarkably, alpha-gal is the only allergy that affects people regardless of their genetics. Despite variations in age, race and environmental factors, one bite is all it takes to establish an allergy.

Even more puzzling is the way expressions of the allergy vary. Some people who have the antibody experience mild symptoms and others have such severe reactions they can no longer eat dairy products. Some will experience symptoms that lessen over time and others will live with them forever. Regardless of the severity, there is no cure in sight.

It is, perhaps, ironic that a tick named Amblyomma americanum can ruin quintessential American cuisine like hamburgers and hot dogs.

Once confined to the Southeastern U.S., rising temperatures have helped the lone star tick expand its range to states as far north as New Hampshire and Minnesota, and as far west as Kansas. One hundred cases were even reported in Long Island, New York last year.

Unfortunately, as the climate warms, humans will come into contact with lone star ticks more frequently, especially during the summer.

While taking steak off the menu is a tragedy for many, lone star ticks also transmit a handful of serious diseases — many of them deadly.

So, if you live in the Southeast or frequent wooded areas, use insect repellant, pretreat your clothing, avoid high grasses and check your body for ticks after being outside. Catching a tick early can prevent disease transmission.

Regardless of where you live and what species live closest to you, ticks are no walk in the woods. For some added protection for you and your family this summer, give Arrow a call.