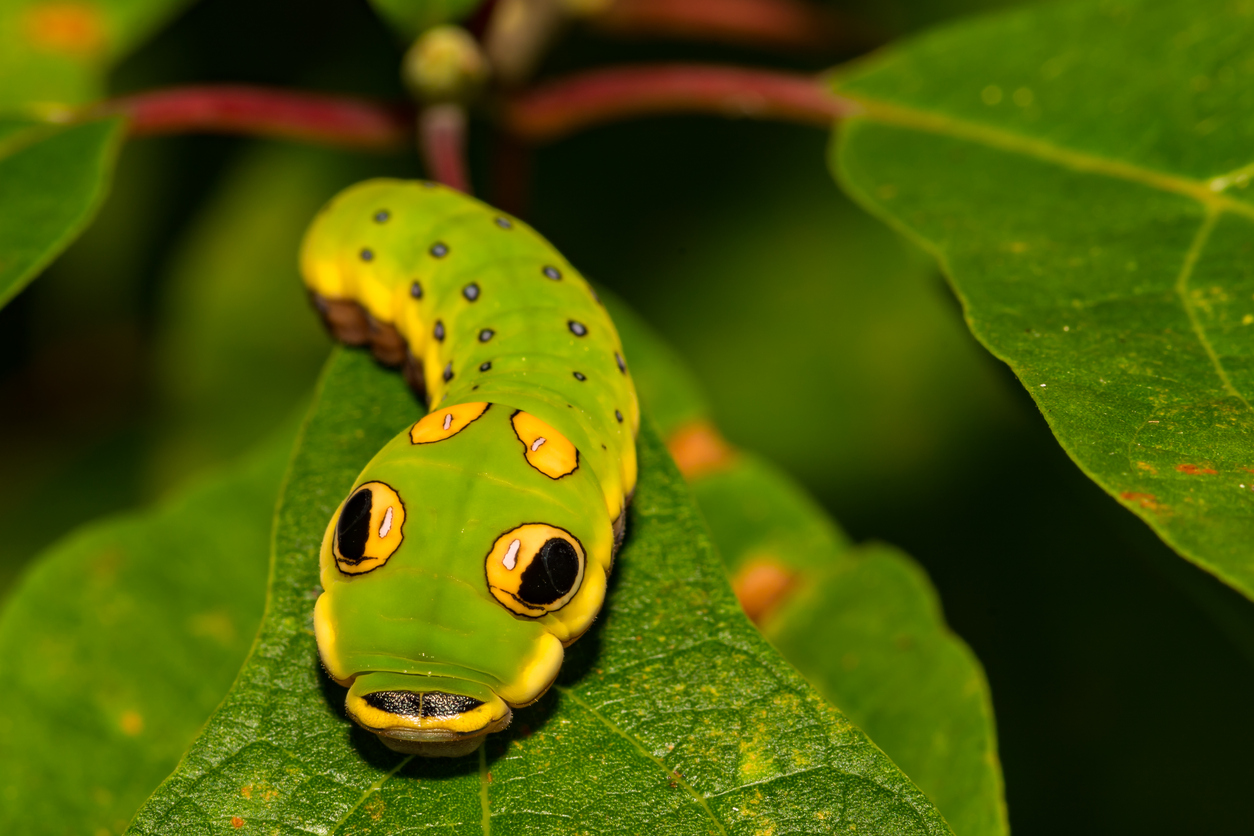 When you think of the world’s cutest creatures, there’s a chance that eight-legged crawlers and scaly, winged things don’t immediately pop into mind. Yes, bugs can give us the creeps — but some of them can make us go “aww,” too. Find that hard to believe? We don’t blame you. With at least 2 million insects yet to be classified, these critters are still a mystery to scientists, but that doesn’t mean they all have to give you the heebie-jeebies.

From doe-eyed spiders to fluffy moths that look more like cotton candy than insects, there are several beautiful bugs that deserve a little more TLC than their creepier counterparts. For proof, take a look at our list of the most adorable bugs around and get ready to fall in love. Hey, some of them may even be worth a cuddle. 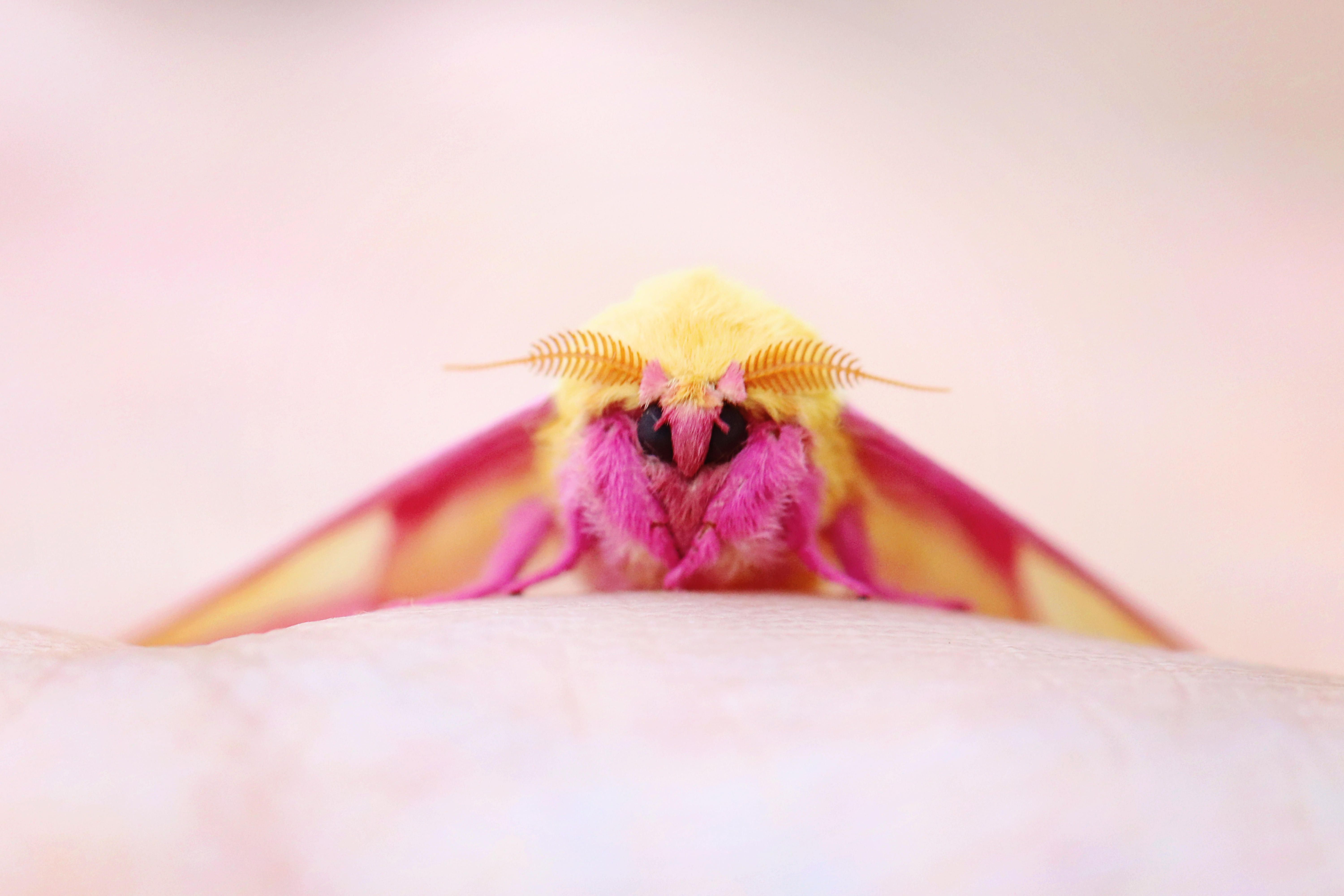 Who wouldn’t want to cuddle up next to one of these precious little moths? Known for their bright yellow and pink fuzz, these are the tiniest of the silk moths. They prefer warmer weather, and can be spotted in the southernmost parts of Canada leading into Minnesota, and even in Florida, Texas and along the Gulf Coast. Luckily, there’s no need to fear for your garden (or your favorite sweater) if you ever see them in your neck of the woods. While the larvae munch on the leaves of their host trees, adult rosy maple moths don’t eat at all.

Some cute critters are more than the eye can see, and this caterpillar is a master of disguise. Looking at these green crawlers, you might notice two prominent black circles that look like eyes. In fact, those aren’t their eyes at all! This coloration is a defense against natural predators like birds, giving them the appearance of a dangerous snake. Another defense mechanism they’ve mastered? Leaf rolling to create clever hideaways from predators.

These glossy, iridescent creatures are the jewel of the insect kingdom. Literally! They’re largely harmless bugs with a preference for decaying wood, with the exception of the emerald ash borer, known to wreak havoc on healthy ash trees. These beauties may look like precious jewels, but they’re not nearly as rare. With about 15,000 species found all over the world, they make up one of the largest beetle groups.

Ah, lovely little ladybugs! These beautiful beetles are rarely harmful unless they’ve been allowed to overpopulate, but under control, they’re welcome creatures when it comes to the management of plant-damaging aphids. In some parts of the world, having one land on you is even considered a sign of good luck. 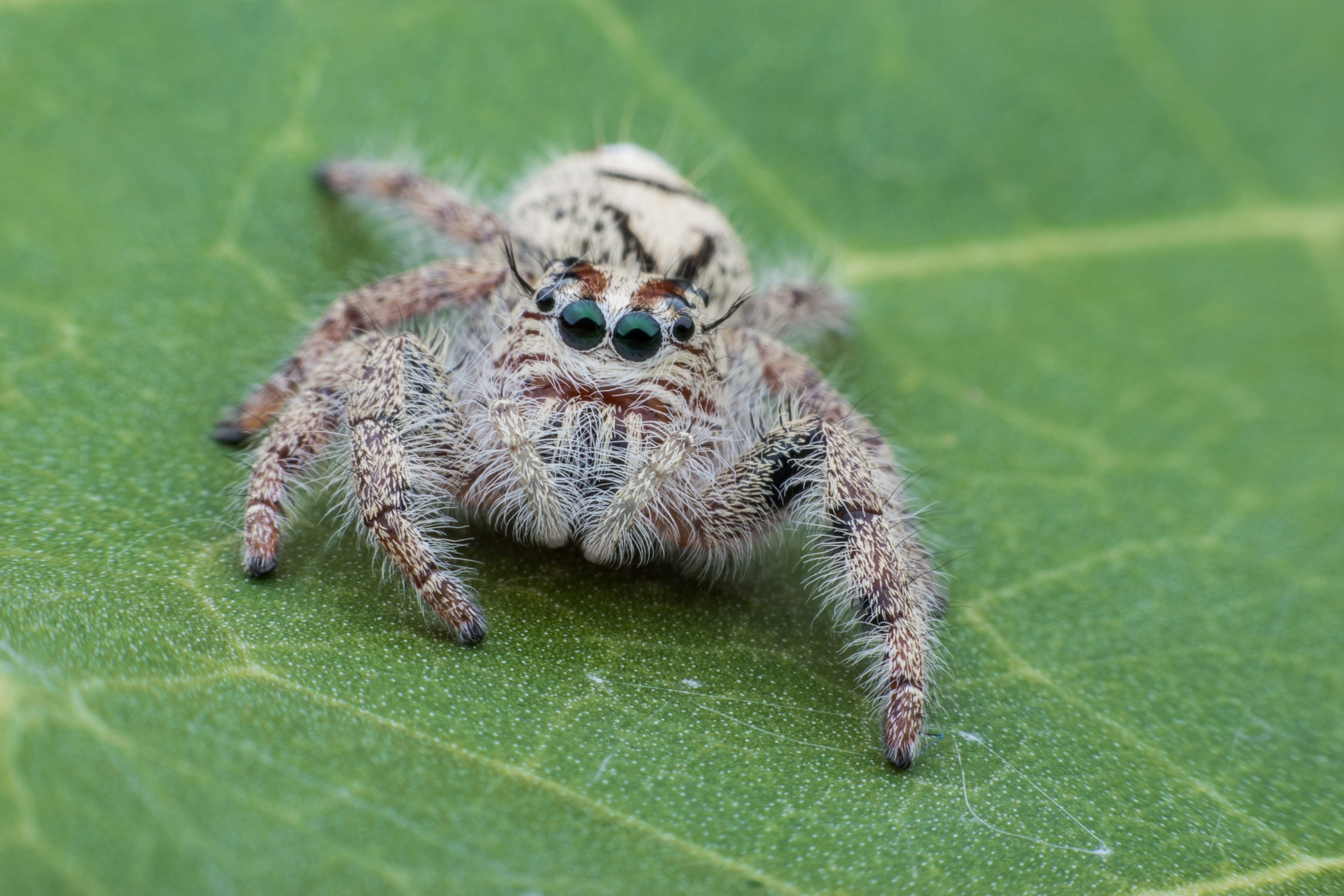 Spiders might not immediately pop into mind when considering cute critters, but just look at this little fella! These tiny, fuzzy, big-eyed arachnids move in adorable jumping motions, hence the name. They’re known for being comfortable around humans and might even allow you to spot them in one of their “pup tents,” a cozy little nest they build out of their spidey-silk.

And while we’re on the topic of spiders, we’d like to give this guy a special shout out. The male peacock spider is related to the jumping spider, but has a bit more pizazz. The colorful patterns on its upper abdomen are meant to attract female spiders, but that’s not all. These eight-legged friends also do an impressively choreographed mating dance that makes them all the more precious. 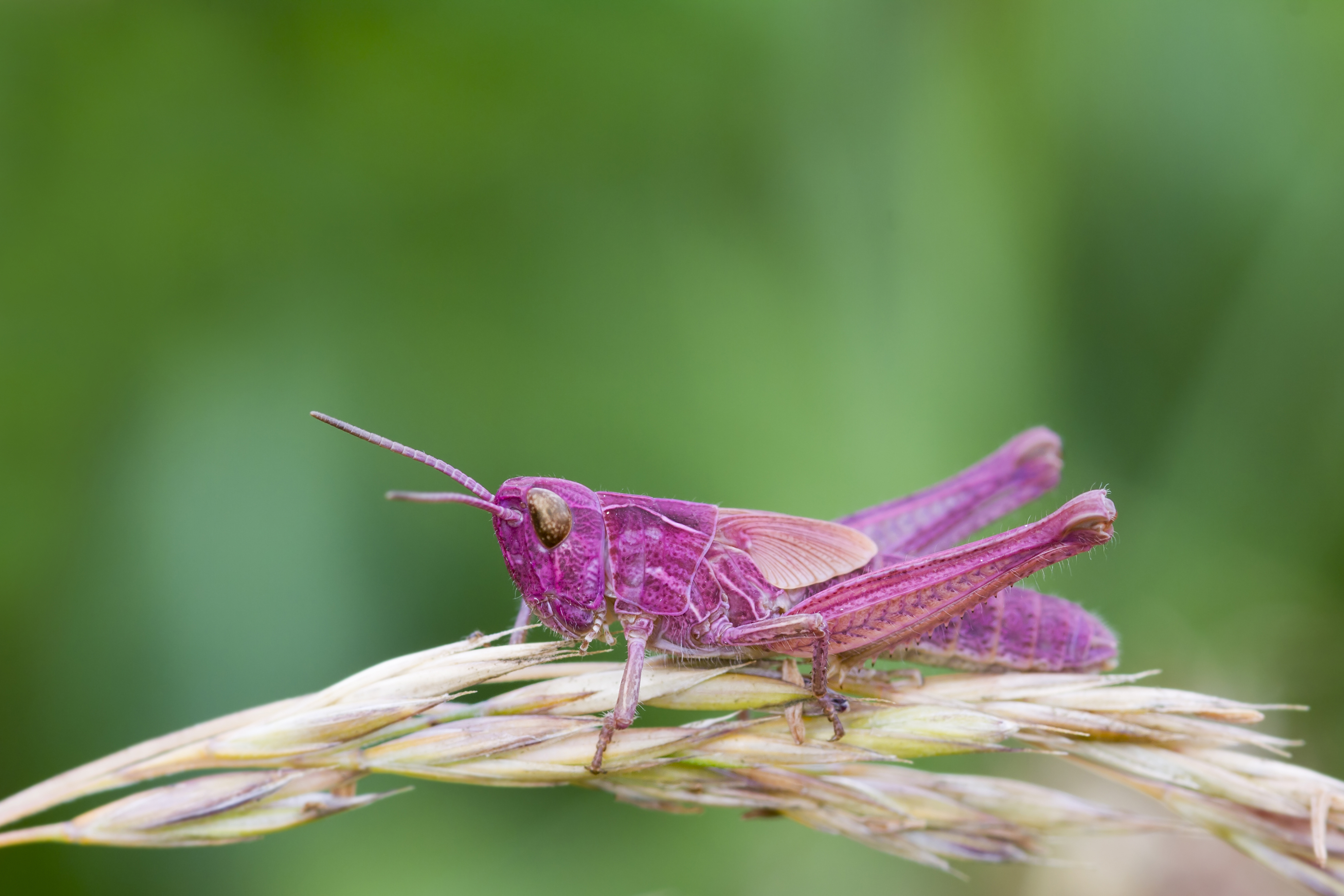 Grasshoppers usually make their appearance in subtle leaf-green or earth-brown outfits, but the pink meadow grasshopper is all about making a statement. Its bright pink coloring is the result of a genetic condition called erythrism, and while it makes this bug oh-so beautiful, it’s also the reason pink meadow sightings are rare; few of them ever make it into adulthood because their bright color makes them easy targets.

Another of our favorite furry moths is the megalopyge opercularis. Found in warmer, southern states, this mellow yellow moth just wants to buzz around. Just be careful — they’re totally harmless in their adult stage, but as a fuzzy caterpillar their furry spines are extremely poisonous

Fireflies may look like pretty standard bugs at first, but the magic is revealed at twilight. With the sun setting, these beetles (they’re not actually flies at all!) put on quite the mesmerizing light show thanks to their bioluminescent abdomens. Found in warm, wet environments, they’re slow-moving and harmless to humans, making them fun to catch — and release!

While you may not encounter these beauties in your everyday life, you may have a few of their creepy cousins crawling around, and Arrow is here to help. Give Arrow a call today!