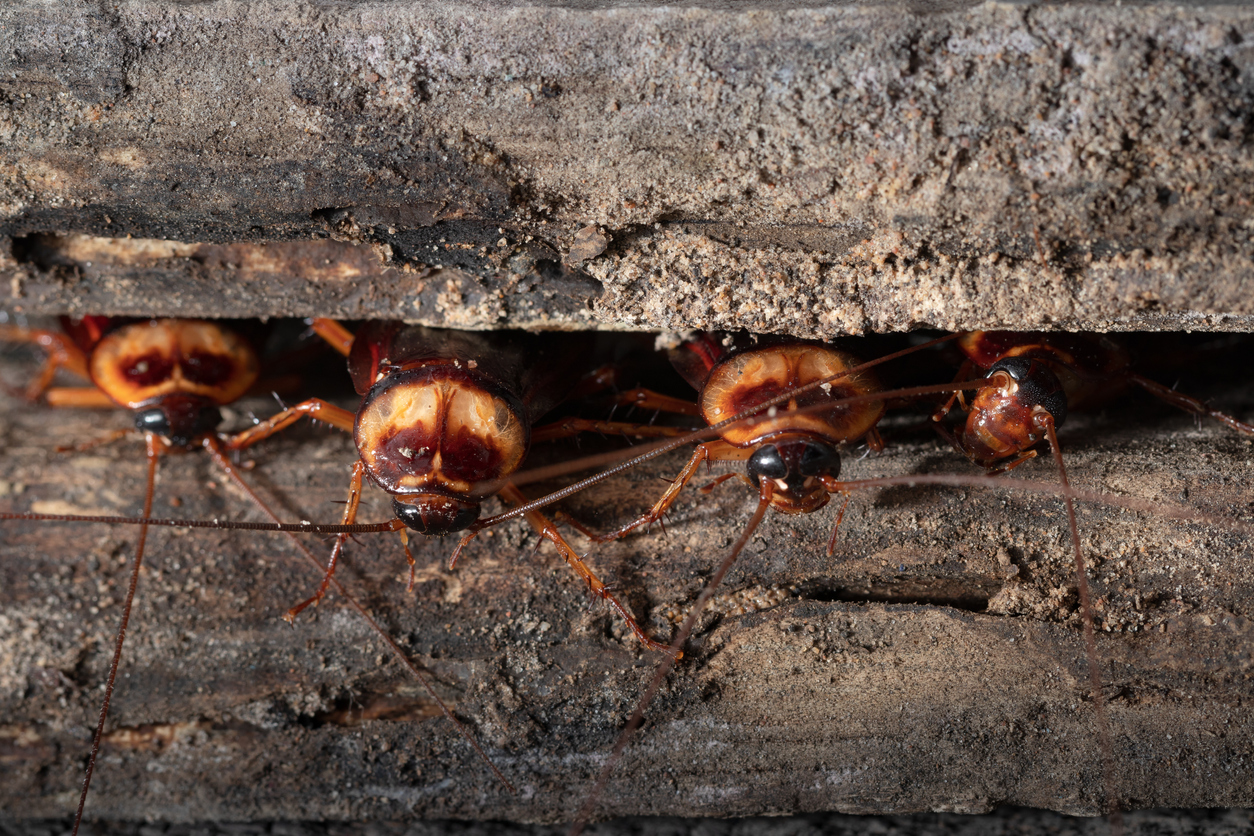 Sweet Home Alabama: 5 Insects that Invade the State each Fall

The leaves are changing, the air is crisp, and the yards are full of football tailgates. Fall in the South is unlike any other, and it’s loved by many — almost too many. Various insects invade Alabama each year as the season shifts to colder days and darker nights. They seek homes to rest in and plants to feast on, disrupting your cozy season.

Here are five bugs that invade Alabama every autumn, and how you can prevent your home from being next. 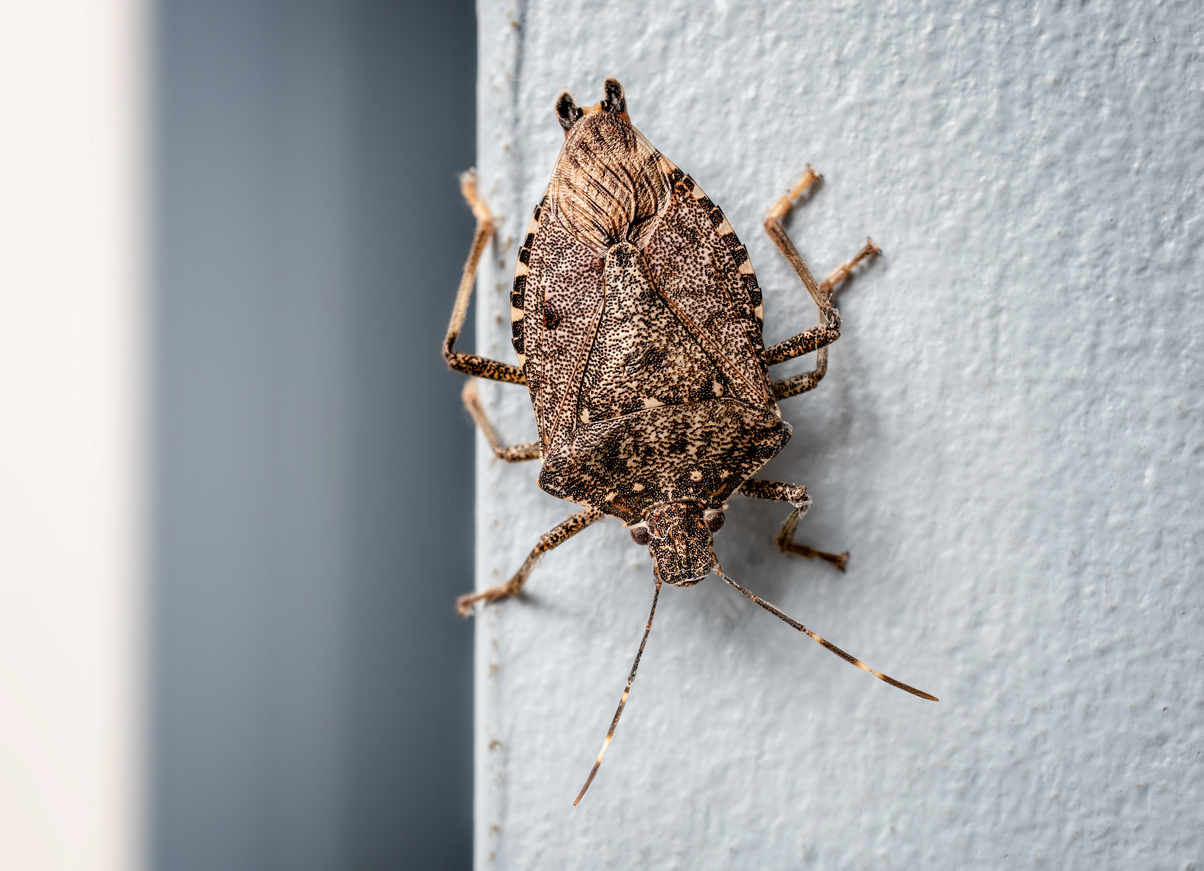 They’re small, they’re stinky, and everyone fears them when seen. The brown marmorated stink bug is a half-inch long, shield-shaped insect. They feed on fruits such as apples, peaches, and figs, crops like beans, corn, and tomatoes, as well as decorative plants and weeds.

It’s best to keep food stored away, but if you see marks on your produce like indentations, blotchy discolorations, or scarred or sunken areas, it’s safe to assume a stink bug has made your pantry their dinner table.

These bugs hibernate through the winter, communicating through chemical releases and vibrations to inform other stink bugs that they’ve found a suitable place to sleep throughout the colder season. When you spot a stink bug, call pest control professionals to avoid a family of smelly insects invading your home. 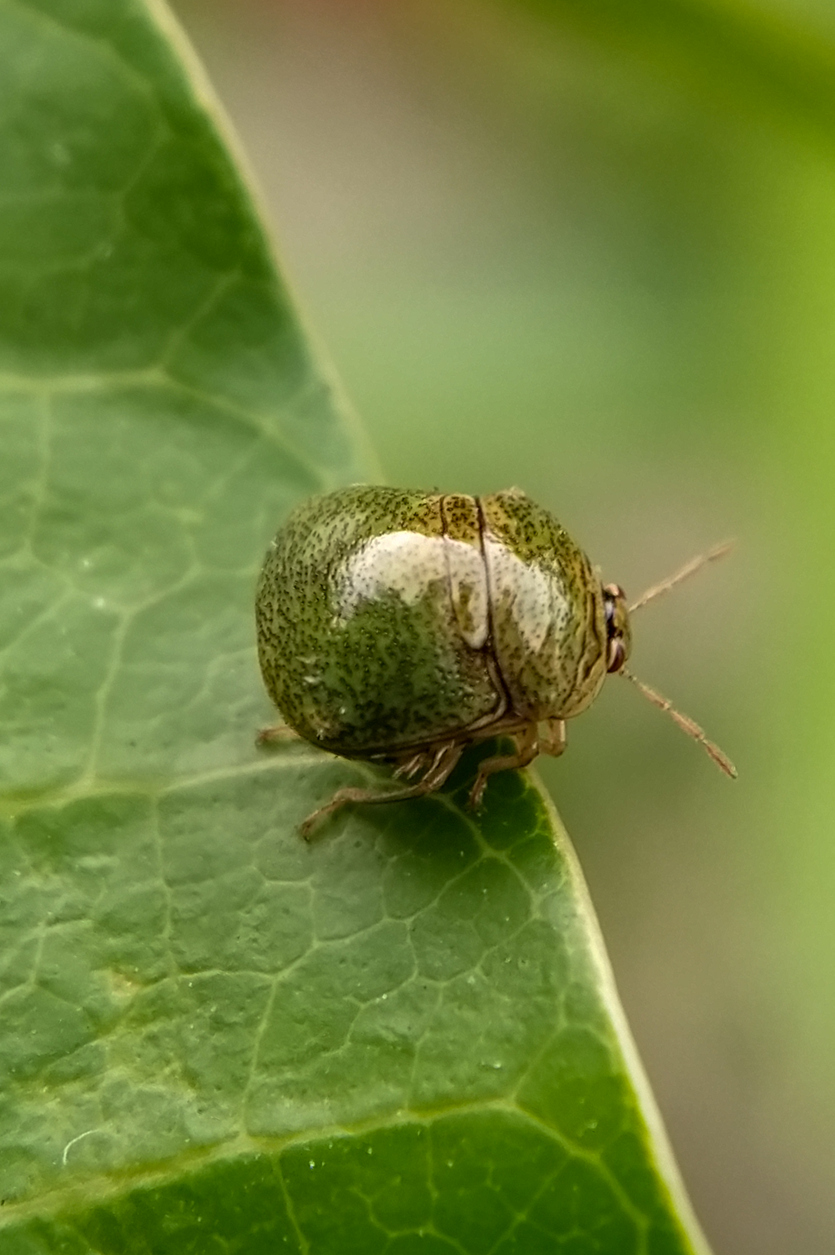 First reported in 2009, the kudzu bug is an oblong, olive-colored, tiny stink bug that feeds on kudzu, beans, and wisteria, laying its eggs on these plants each fall.

They spend their winters in plants and tree bark, but often venture into cracks and crevices, sneaking their way into homes. When indoors, they leave a foul smell and can stain surfaces if squished. If found, it’s best to call professionals so that you can stay away from both a stench and ruined countertops. 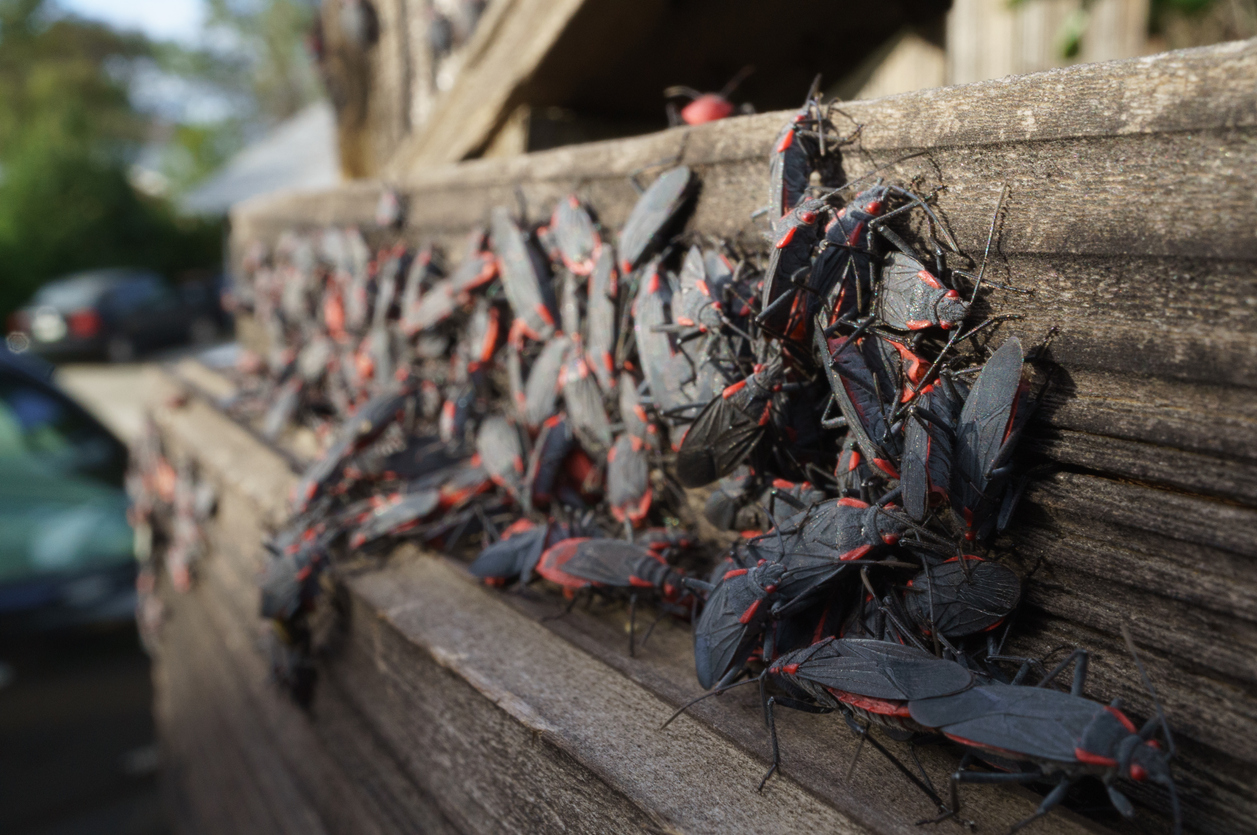 Though they’re a native species, box elder bugs are frequent home invaders. They’re about half an inch long and are black with red or orange markings on their wings. Like most pests, they seek a warm place to wait out the winter, often found among plants to search for water. The best way to prevent them is by sealing all cracks and entry points in your home each fall.

They travel in groups, and since they’re part of the stink bug family, they release a pungent odor when killed. They can stain walls, countertops, and other spaces with their excrement. Contact pest control for a professional evaluation if you want to get rid of these pesky pests this winter. 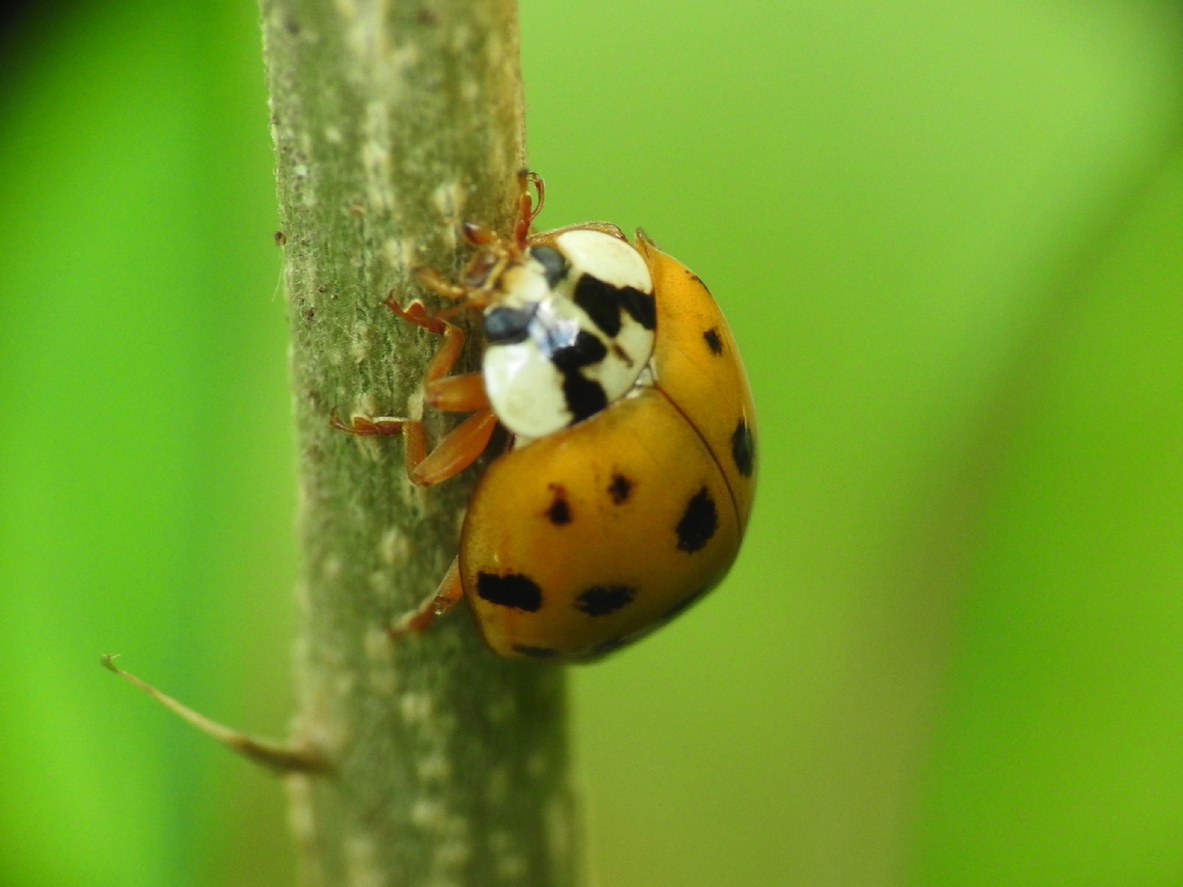 Not to be confused with a ladybug, these yellowish, black-spotted, round insects are a major nuisance, pushing out native ladybugs from gardens and wreaking havoc indoors. Not only do they bite, but they also release a pungent-smelling chemical similar to stinkbugs. During the cooler months, they find shelter in attics or other safe spaces indoors and stick together in large numbers. Instead of hibernating, they crawl on windows, doors, and walls, leaving yellow stains and stinky odors before dying.

If your dog is hungry for beetles, beware.  These bugs can attach to the roof of your dog’s mouth and need to be pried off, as they can be fatal if swallowed. The best action to prevent an infestation is to close any potential entry points. You can vacuum the bugs, but ensure they are dead before throwing them in the trash, as they can crawl out. If faced with a large amount of the white-faced beetle, call the pros for efficient removal. 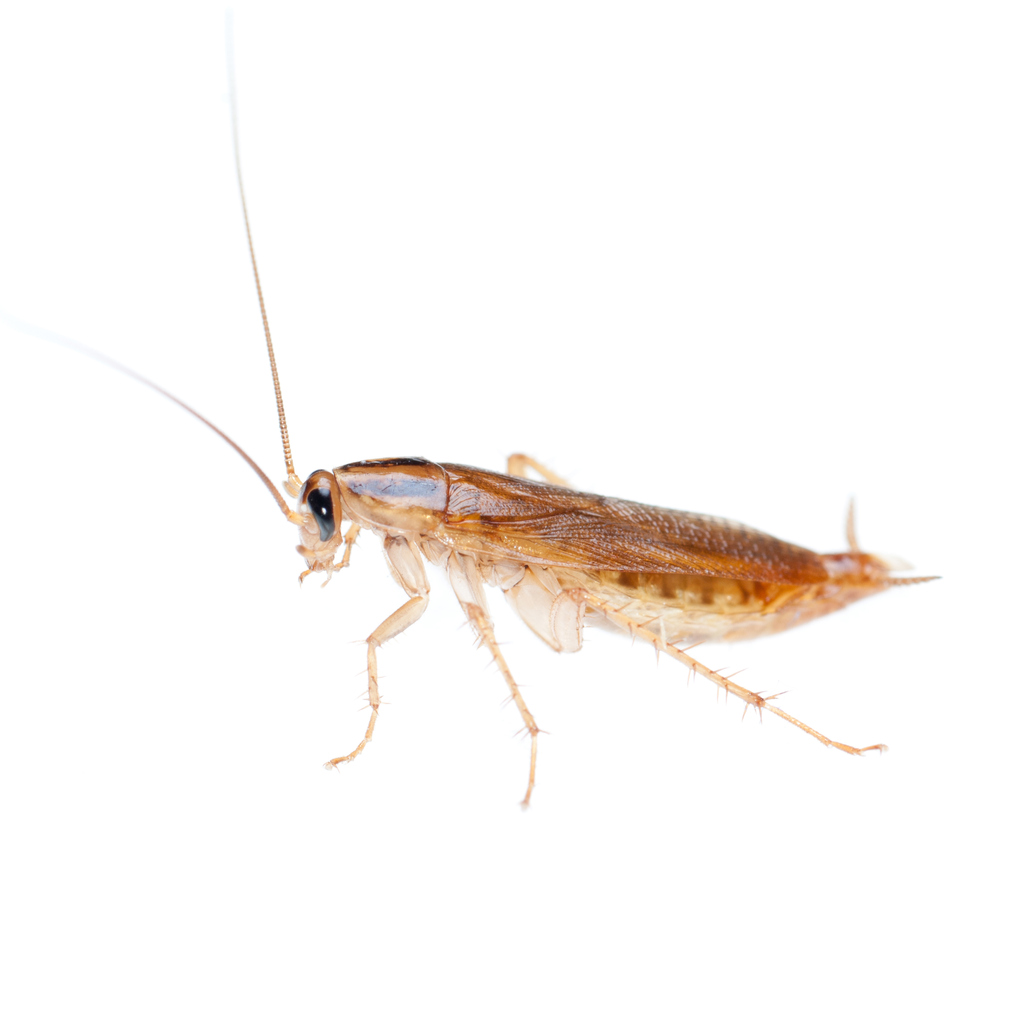 Despite only having been in the United States for a few decades, the Asian cockroach has become a regular invasive insect in many Southern states. They’re a flying, eats-everything pest that reproduces quickly and can easily take over a home. They can grow up to five-eighths of an inch long and are tan to dark brown, with dark stripes behind their head and on their wings.

They are most active as the sun goes down, flying toward homes and porches with bright lights. As the season changes from summer to fall, they dwindle in population and search for any light they can find. They can often be found on TV screens, lamps, ceiling lights, or rummaging through waste bins or food storage. While they’re afraid of humans, any cockroach can spread disease, so it’s best to schedule a professional removal of these pests.

As the leaves change, worry about your fantasy football league, not annoying pests. Contact Arrow Exterminators to have a professional pest control plan designed for your home