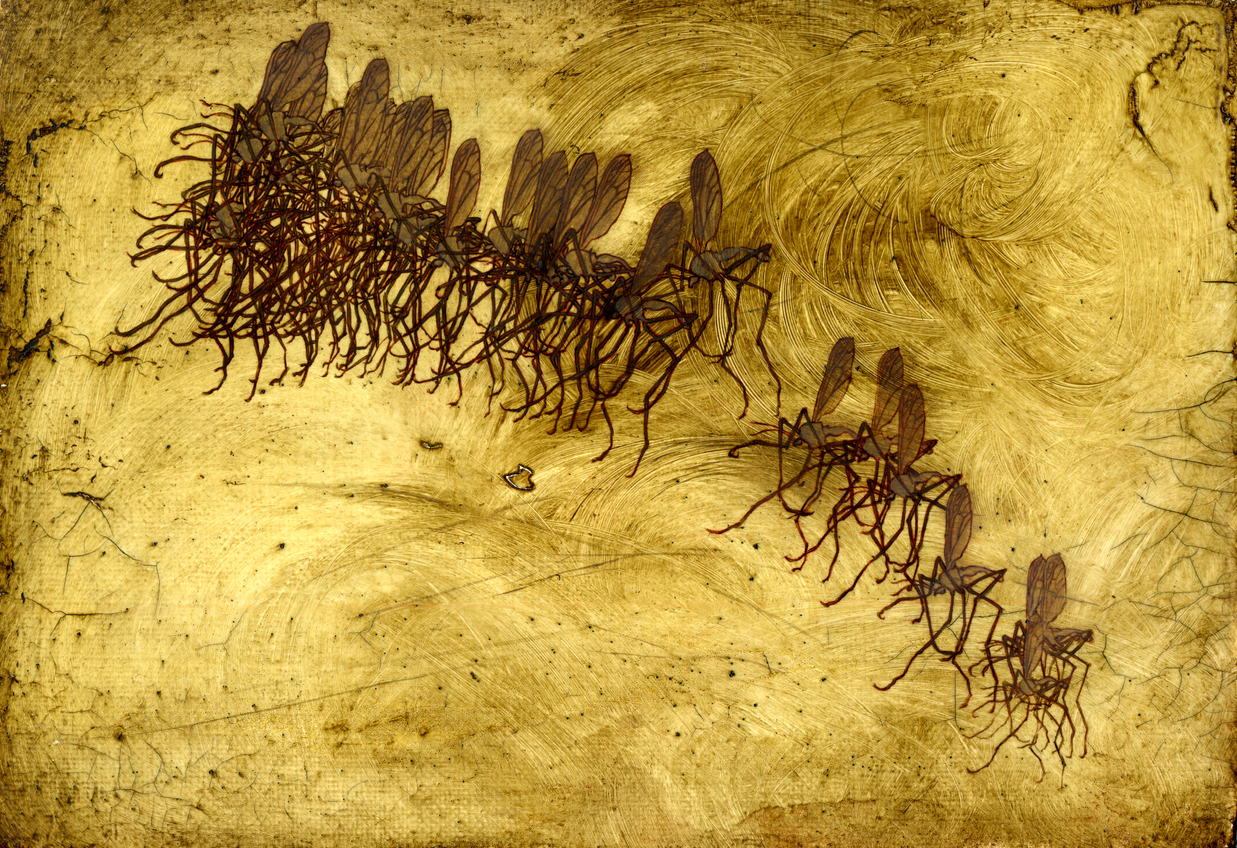 These Prehistoric Pests Will Haunt Your Dreams

With over a million insect species scurrying the Earth, we humans deal with our fair share of creepy crawlies. But during the super-sized age of the dinosaurs, pests were so much worse.

We’re talking centipedes the size of yardsticks and snakes longer than school buses. Basically, supersized nightmares on land, at sea and in the sky. While some of the world’s worst beasts may be forever lost to the fossil record, here’s a who’s who of nightmare prehistoric pests. 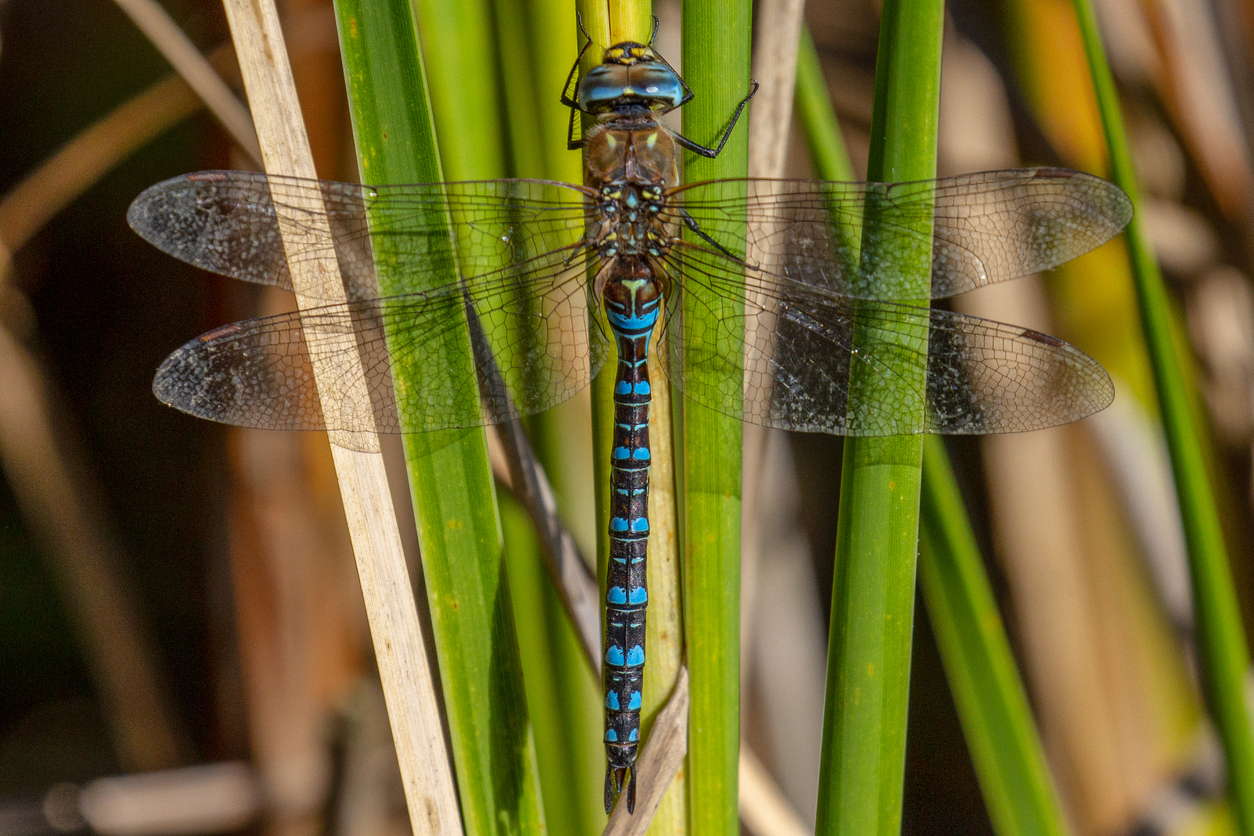 Dragon-sized dragonflies.
Flying through the dino skies 300 million years ago, Meganeuropsis is the great-great-great granddaddy of the modern dragonfly. Boasting a wingspan of 28 inches, this prehistoric flyer could go toe-to-toe with a small child.

This Permian giant, a.k.a. the griffenfly, may have fueled its enormous appetite with prehistoric frogs, squirrels and other high-protein fare. 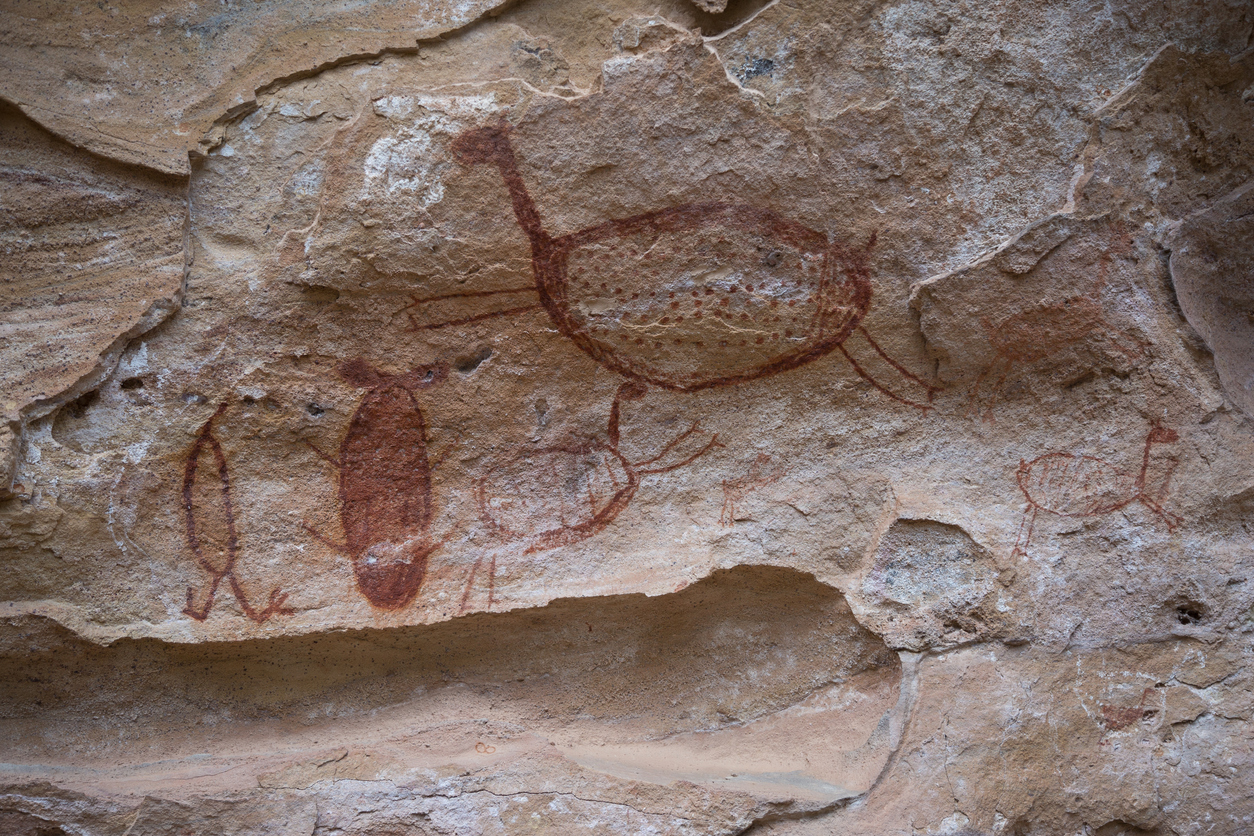 Night of the living roach.
Clocking in at a centimeter, this prehistoric cockroach isn’t huge. But Manipulator modificaputis was a fearsome beastie. Living 94 million years ago during the Cenomanian period, this roach ancestor resembled a praying mantis. We’re talking a prey-swiveling head, night-stalking eyesight and long legs for chasing and ambushing prey.

Sea monsters ahead.
Just looking at the fossilized shell of this 30-foot monster will send shivers down your feeble human spine. Cameroceras was the largest predator hunting the seas of the Paleozoic. Floating on the current in its cone-shaped shell, this sea beast would lie in wait and ambush its prey. 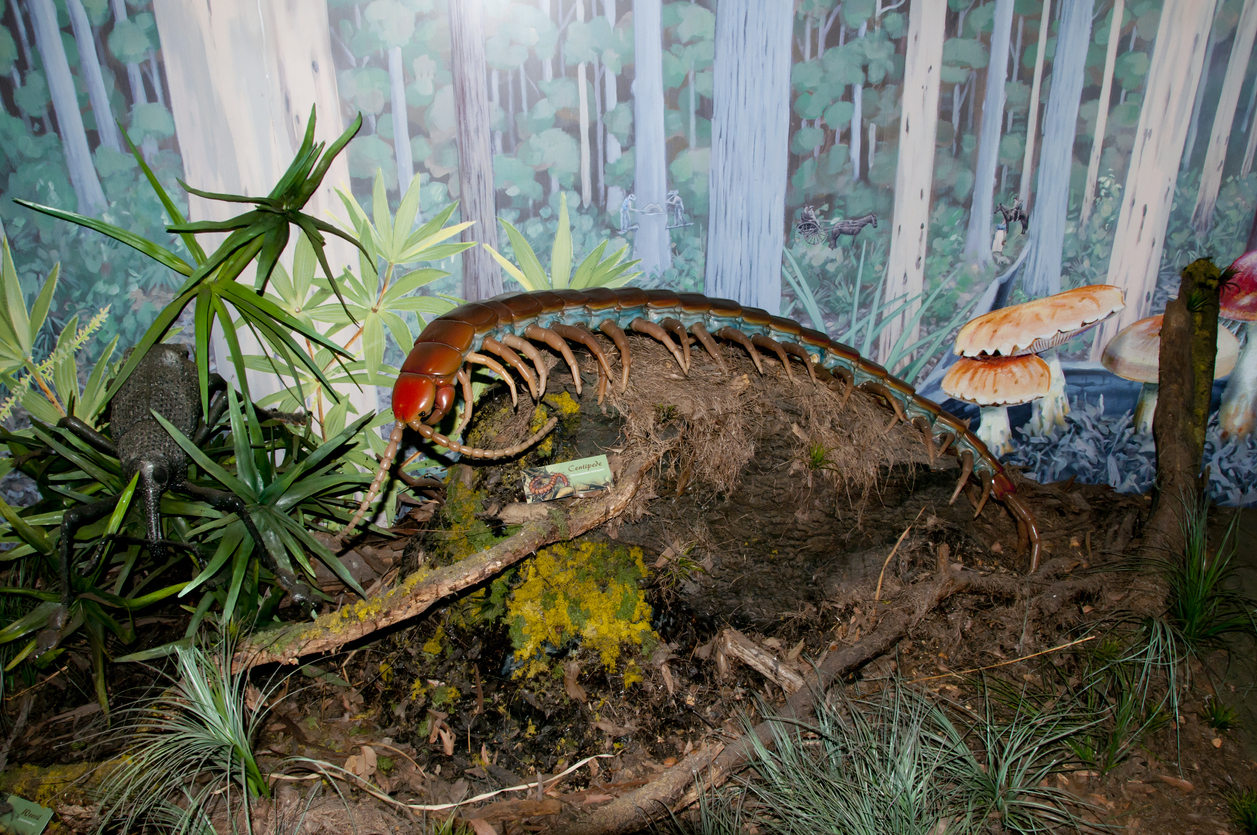 Centipede of the centuries.
Euphoberia looks a lot like the centipedes of today — just three feet longer. These many-footed terrors roamed Europe and North America in search of a good meal. And since today’s giant centipedes can bring down birds and bats, imagine what this three-foot sucker could do in its heyday.

Mega, mega millipede.
The largest land invertebrate to ever scurry through the fossil record, this Carboniferous-era giant grew up to nine feet long and several feet wide.

With very few predators, this mega-pede freely roamed North America 300 million years ago. But don’t get too scared. Based on the contents of its fossilized stomach, this giant creepy was an herbivore. Whew! 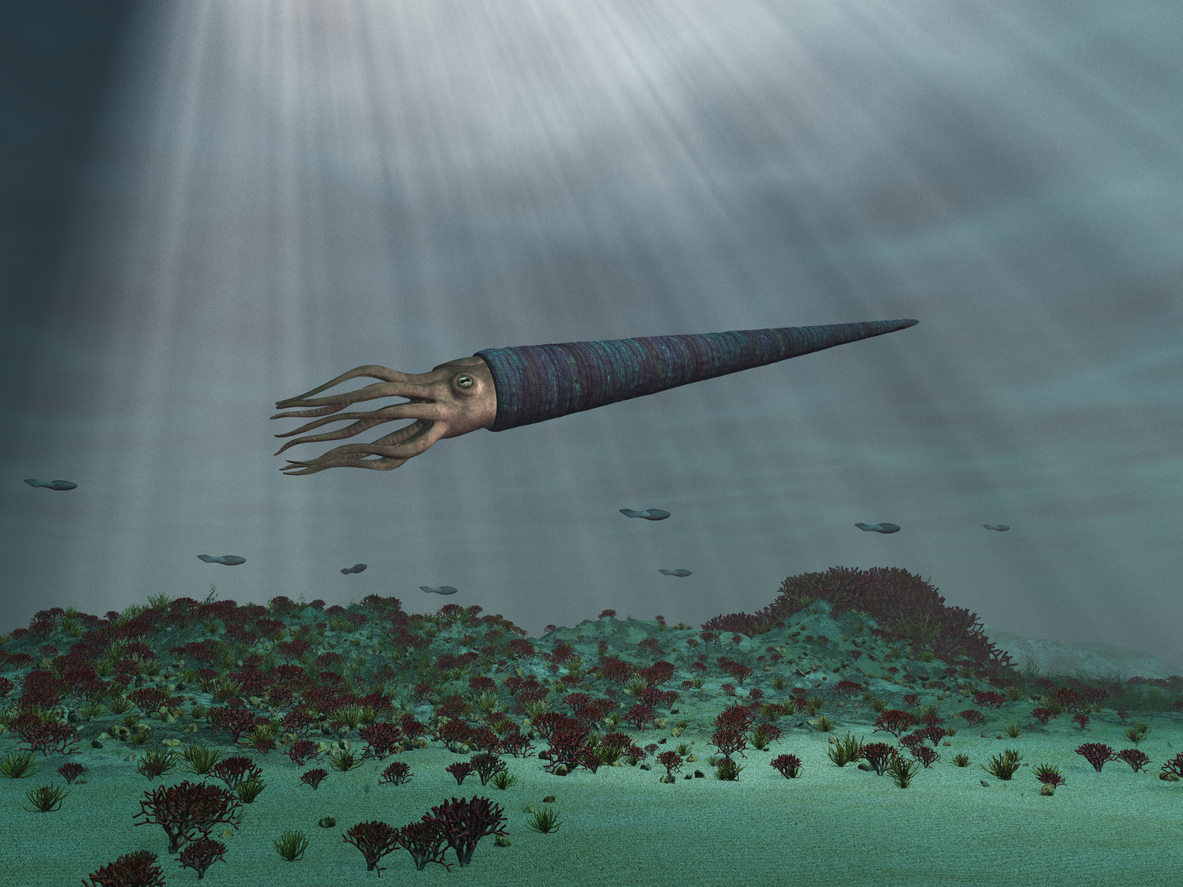 Catch it if you can.
The giant African land snail is seven inches long, but back in the day, C.giganteum was one of the largest snails to ever slime the earth. Reaching two feet in length, this slow snailer wandered the oceans covering France during the Eocene epoch 50 million years ago.

Cuteness by the ton.
Who doesn’t love an adorable rodent? But what about a rodent the size of a hippo? Five feet high, 10 feet long and weighing more than a ton, Josephoartigasia monesi is the largest rodent that ever lived. And it had foot-long incisors to match.

Its vegetarian diet means you wouldn’t have been on the menu, but this big guy could eat you out of house and forest in a matter of days. 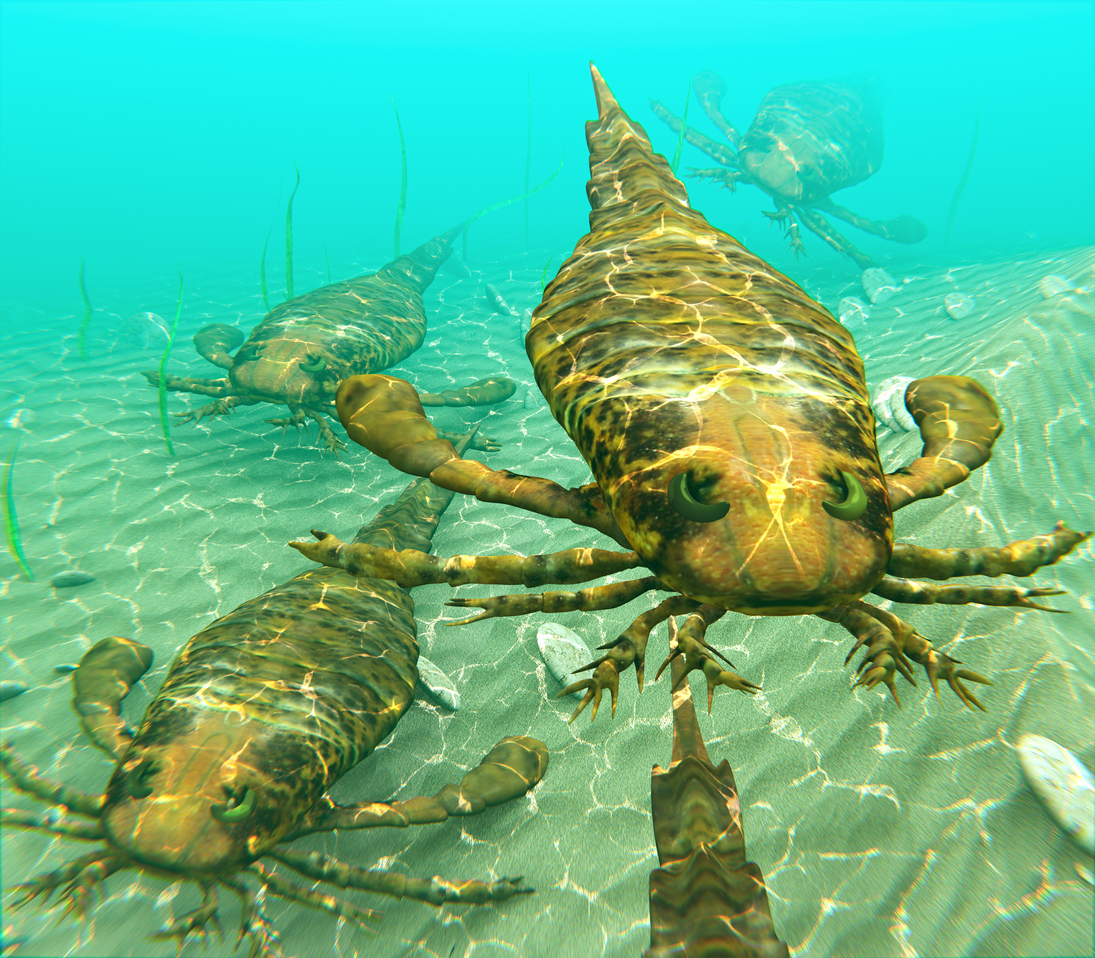 A deathly grip.
These days you could find a bite-sized scorpion in your shoes, but you’re safe from the eight-foot sea scorpions that once roamed the Earth. Consider the horrifying case of Gaekelopterus rhenaniae, a 400-million-year-old nightmare of an arthropod that had claws the size of human heads.

A Devonian cannibal who haunted swamps and estuaries, this fearsome arthropod was so alpha that prehistoric fish developed bony armor just to escape it pinching grasp. 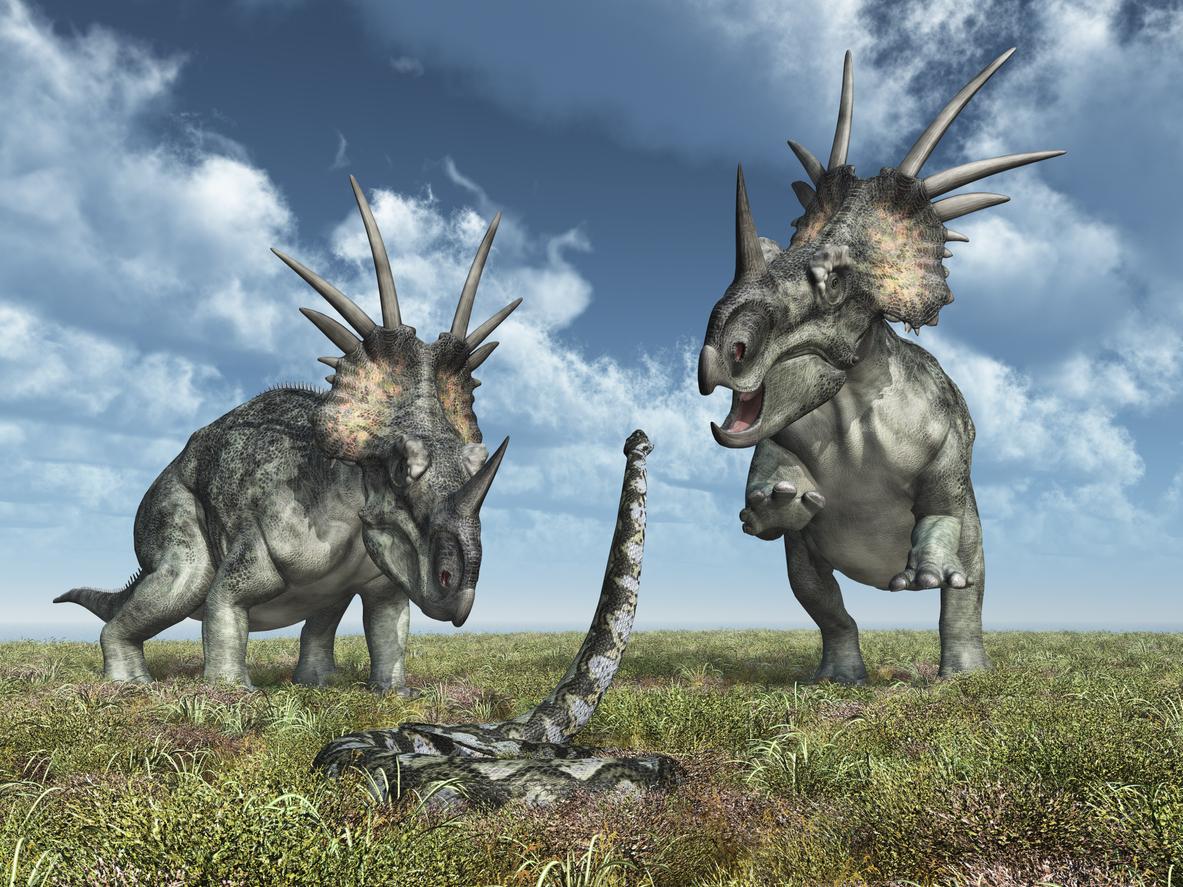 A mammoth menace.
Anacondas clock in at 27 feet on a good day, but Titanoboa cerrejonensis was 40 to 50 feet long and weighed over 2,000 pounds. Given its girth, this prehistoric snake was strong enough to greet you with a crushing hug and a one-way trip to stomachtown.

Remarkably, this Jurassic snake survived the asteroid that killed off T. Rex and the other thunder lizards. It slithered on for several more millennia before smaller snakes took the reins.

Watch where you step.
If you took a walk during the Devonian period 400 million years ago, you could have battled P. kirktonensis, a sprawling land scorpion up to two feet long. Feasting on small arthropods and insects, one sting from this powerful predator was enough to kill a large animal. 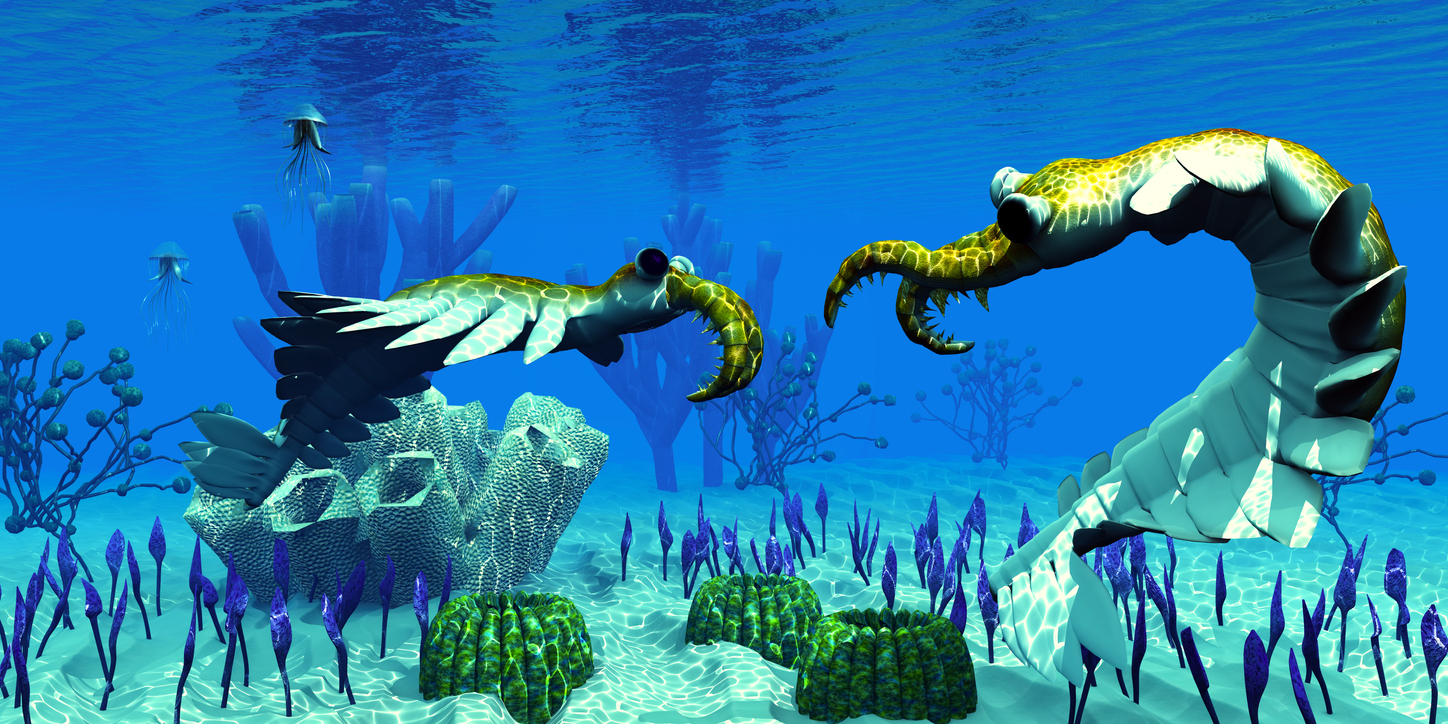 Teeth of terror.
The six-foot long Anomalocaris canadensis is an irresistible combination of a squid and a shrimp. Living 490 million years ago, this bug-eyed Cambrian looker had curved limbs near its nose for snagging prey. Once captured, it would crunch down on its dinner with a razor-sharp ring of teeth resembling a cigar cutter. 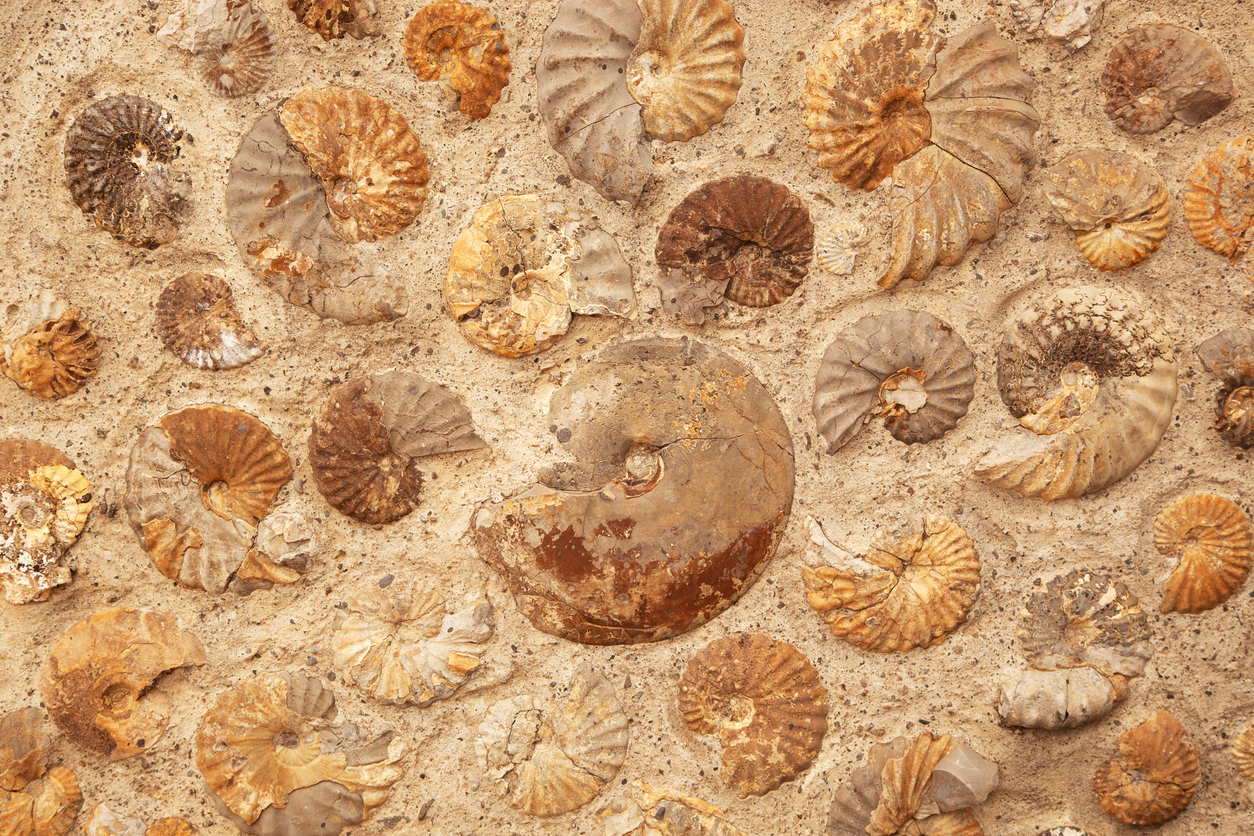 How did bugs get so big?
Thankfully, today’s bugs are small enough to let you sleep at night. But why were they so much bigger during the age of the dinosaurs?

Millions of years ago the Earth was warmer, wetter and had 50 percent more oxygen. Since lungless buggers breathe through small openings called spiracles, this oxygen-rich environment was more than ideal.

Another reason for their mammoth size? Insects had free reign over the skies for millennia. But once ancient dinos became agile, fearsome fliers, predation and competition put a damper on flying buggers. Larger insects had a harder time taking flight, making them more susceptible to predation. 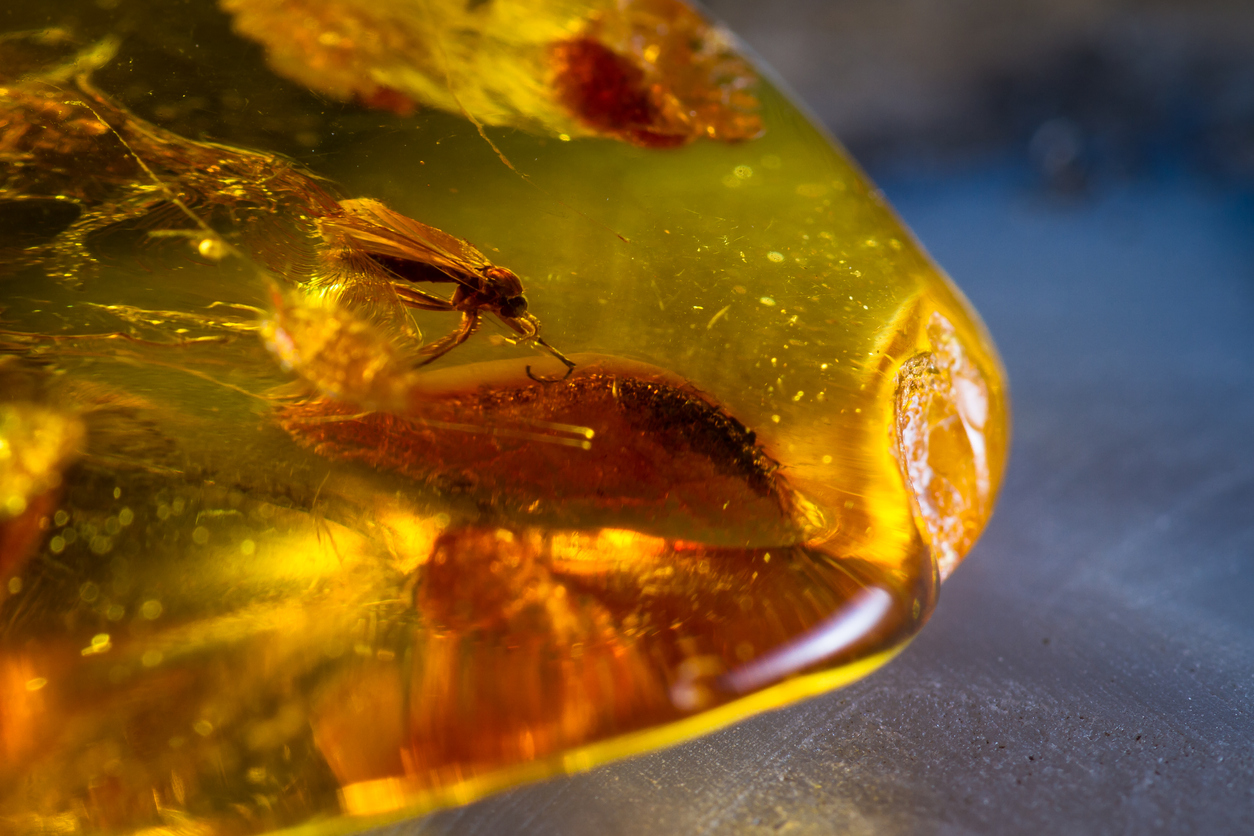 Pests of yesterday and today.
We doubt you’ll spot a 50-foot snake in your garden. Or a three-foot millipede crawling across your pillow. But buggers of any size are a serious matter.

If you have a Jurassic-sized pest problem, give Arrow a call and we’ll keep those modern-day creepies in check.