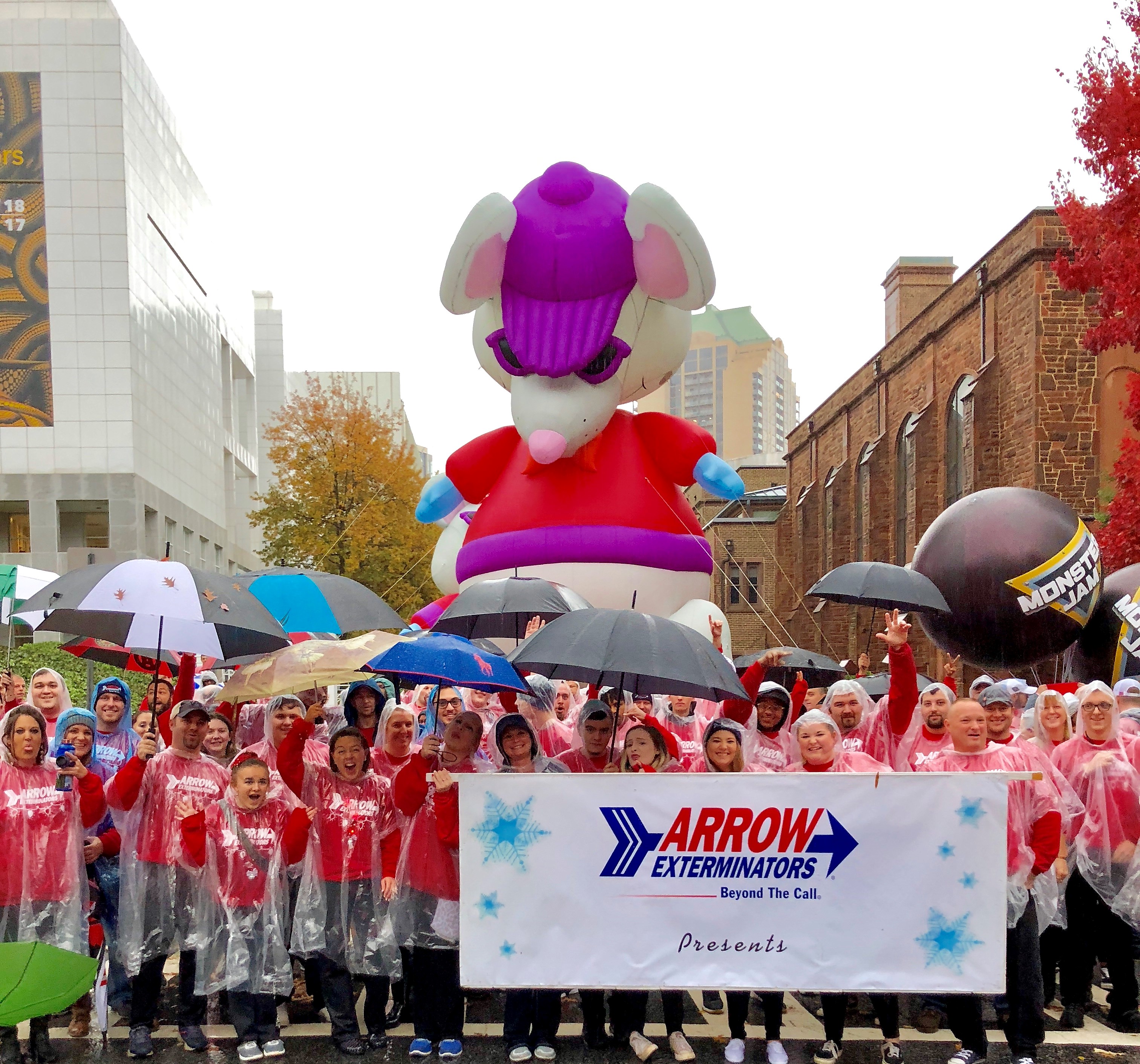 Atlanta-based Arrow Exterminators has been entertaining spectators in downtown Atlanta for over 20 years by sponsoring and participating in the Children’s Healthcare of Atlanta® (CHOA) Christmas Parade. This year Arrow was proud to be the presenting sponsor of the parade where over 300 team members and their families braved the cold and rain while expertly maneuvering the two-story character balloons, the Three Blind Mice, down the route. The Children’s Christmas Parade is the largest holiday parade in the southeast and consists of floats, giant helium-filled balloons, marching bands, and even an appearance from Santa Claus.

“As long-time sponsors of the annual Children’s Christmas Parade, Children’s values the continued support of Arrow Exterminators,” said Scott Hodoval, Vice President of Annual Giving and Committee Relations at Children’s Healthcare of Atlanta.  “We are appreciative of their loyalty and involvement year after year to benefit Children’s Healthcare of Atlanta and were excited when they decided to become the presenting sponsor this year.  Arrow employees’ enthusiasm and holiday spirit were especially contagious on Saturday despite the winter weather.”

“The parade has become a holiday tradition for many of our team members and their families, some of whose own lives have been touched by the valuable services provided by Children’s,” commented Emily Thomas Kendrick, President and CEO of Arrow Exterminators. “There is no getting around it, it rained a lot this year, but the weather couldn’t dampen our Arrow spirit. Our volunteers had a great time maneuvering our 30-foot tall balloons, high-fiving kids gathered along the parade route, and spreading Christmas cheer to all. We are so thankful for the opportunity to kick off the season with a fun, memorable event while also raising funds to support children in our community.”

All the proceeds from the parade benefit the Friends Funding Goals for Children’s Healthcare of Atlanta which supports the lifesaving research and treatments provided by CHOA.