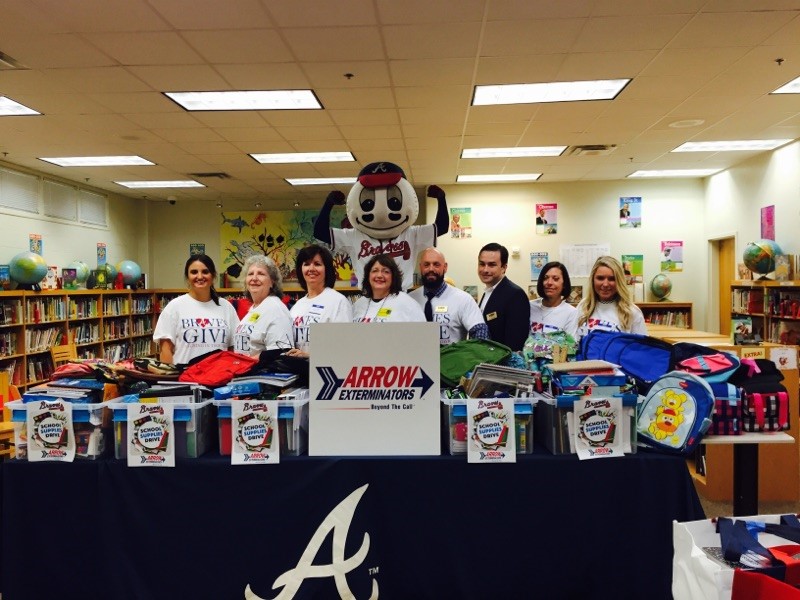 students of Dunbar Elementary. Arrow Exterminators and the Atlanta Braves have teamed up on this local fundraiser for the past four years and have donated school supplies to multiple schools throughout the area. The Braves Community Affairs team and Arrow Exterminators’ team members had a great time dropping off this year’s school supplies and visiting with the students of Dunbar Elementary. They were able to present the donations and do a short activity with each classroom.

In order to collect materials, Arrow Exterminators asked both customers and team members to drop off supplies at multiple stations set up at Arrow’s Service Centers throughout Metro Atlanta. The Atlanta Braves also gathered supplies at their home playing field, Turner Field, during assigned baseball games, as well as at their Back to School Bash which was hosted during a Braves game over the summer.

“Giving back to the local community, in all of the markets we serve, is an important part of Arrow’s culture. We are thrilled to be able to participate in this valuable community program with the Atlanta Braves,” said Emily Thomas Kendrick, President and Chief Executive Officer of Arrow Exterminators.