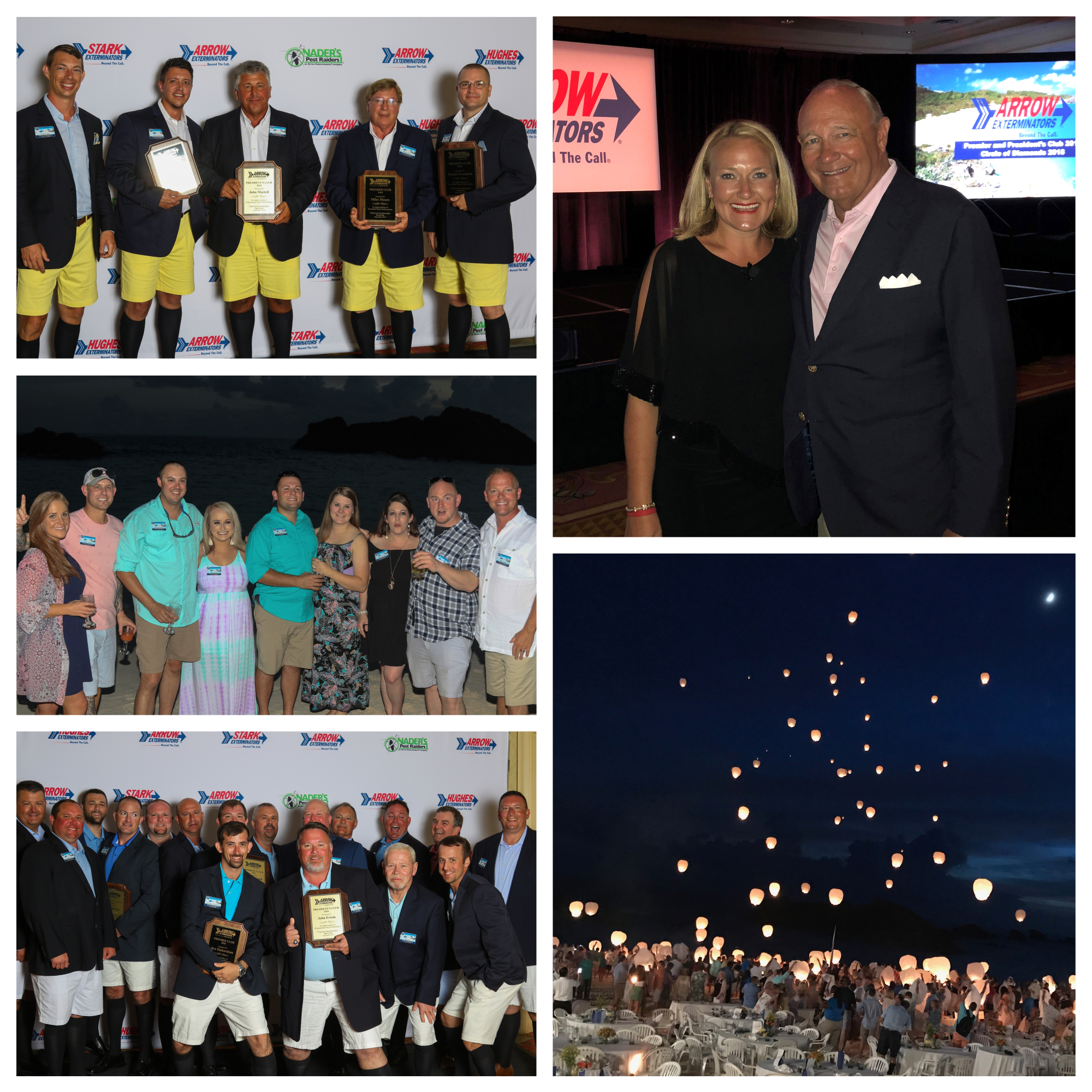 Atlanta-based Arrow Exterminators recently hosted the company’s top performing sales professionals and management team members at its annual Premier Club and Circle of Diamonds event at the Fairmont Southampton on the island of Bermuda.  The celebration started with special dinners on Wednesday night for qualifying Management team members and the “President’s Club”, an exclusive segment of the Premier Club who achieve even higher goals than their colleagues.   The party continued for the remainder of the week and weekend as the 425 participants were treated to fun and sun on the beautiful beaches of Bermuda, shopping in downtown Bermuda along with fishing and golf tournaments.  Thursday’s highlights included dinner on the beach followed by the release of over 400 chinese lanterns into the night air to memorialize the company surpassing $200 Million in its fiscal year and continued with dancing to the sounds of a live band.  On Friday evening, Arrow Exterminators held its’ awards reception and banquet to recognize and celebrate the successes of the individual award recipients. In true Bermuda fashion, the gentlemen donned formal Bermuda attire including colorful Bermuda shorts, knee-high socks, shirt and sport coat.

“It was a great honor to be able to recognize Arrow’s top producing sales professionals and our incredible leadership team at this year’s Premier Club and Circle of Diamonds trip,” commented Emily Thomas Kendrick, Arrow’s Chief Executive Officer and President.  “These individuals played a critical role in Arrow achieving the milestone of $200 million in revenue earlier this year and this was a great opportunity to thank them for their hard work and commitment to excellence.”

Joe Thomas, Chairman of the Board, continued, “We have the best sales and management teams in our industry and I can’t think of a better destination than Bermuda to show our appreciation for their hard work and incredible success.”