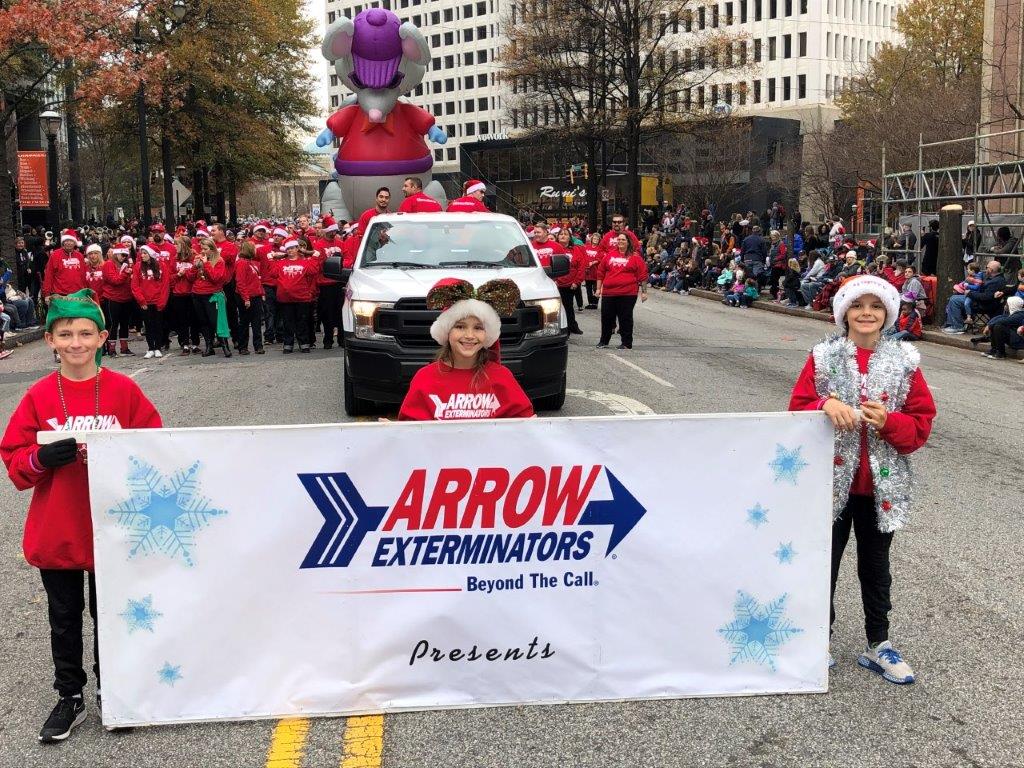 December 10, 2019 – Atlanta-based Arrow Exterminators has been entertaining spectators in downtown Atlanta for over 20 years by sponsoring and participating in the Children’s Healthcare of Atlanta® Christmas Parade. For the second year in a row, Arrow was proud to be the presenting sponsor of the parade, where over 300 team members and their families expertly maneuvered the two-story character balloons, the Three Blind Mice, down the route. The Children’s Christmas Parade is the largest holiday parade in the southeast and consists of floats, giant helium-filled balloons, marching bands, and even an appearance from Santa Claus.

“On behalf of our Arrow Team Members and their families we were delighted to support Children’s Healthcare of Atlanta for the 21st year in a row,” commented Emily Thomas Kendrick, President and CEO of Arrow Exterminators. “This year was especially meaningful for our team because we walked in honor and in memory of Lauren Bullington Bloodworth, who was our beloved Director of Marketing who tragically passed away this year. Children’s Healthcare of Atlanta Christmas Parade was tremendously near and dear to her heart. At Arrow Exterminators, our over 2400 ladies and gentlemen are extremely passionate about giving back to the communities who have been so good to us.”

All the proceeds from the parade benefit the Friends Funding Goals for Children’s Healthcare of Atlanta which supports the lifesaving research and treatments provided by Children’s.