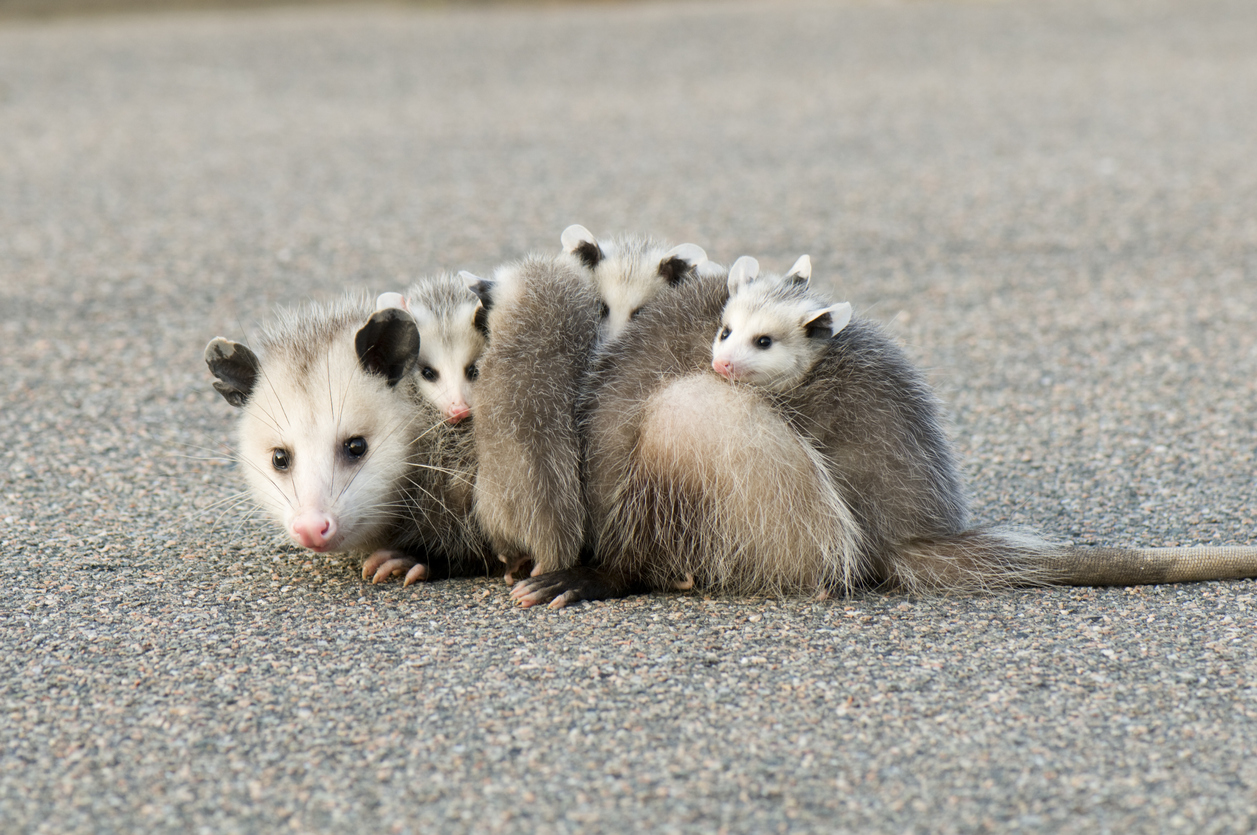 Let’s get one thing straight: Possums live in Australia.

Opossums are the sharp-toothed, pointy-nosed, long-tailed weirdos you’ll find hanging off a branch in your backyard. Or scurrying across the freeway at the most inopportune time. 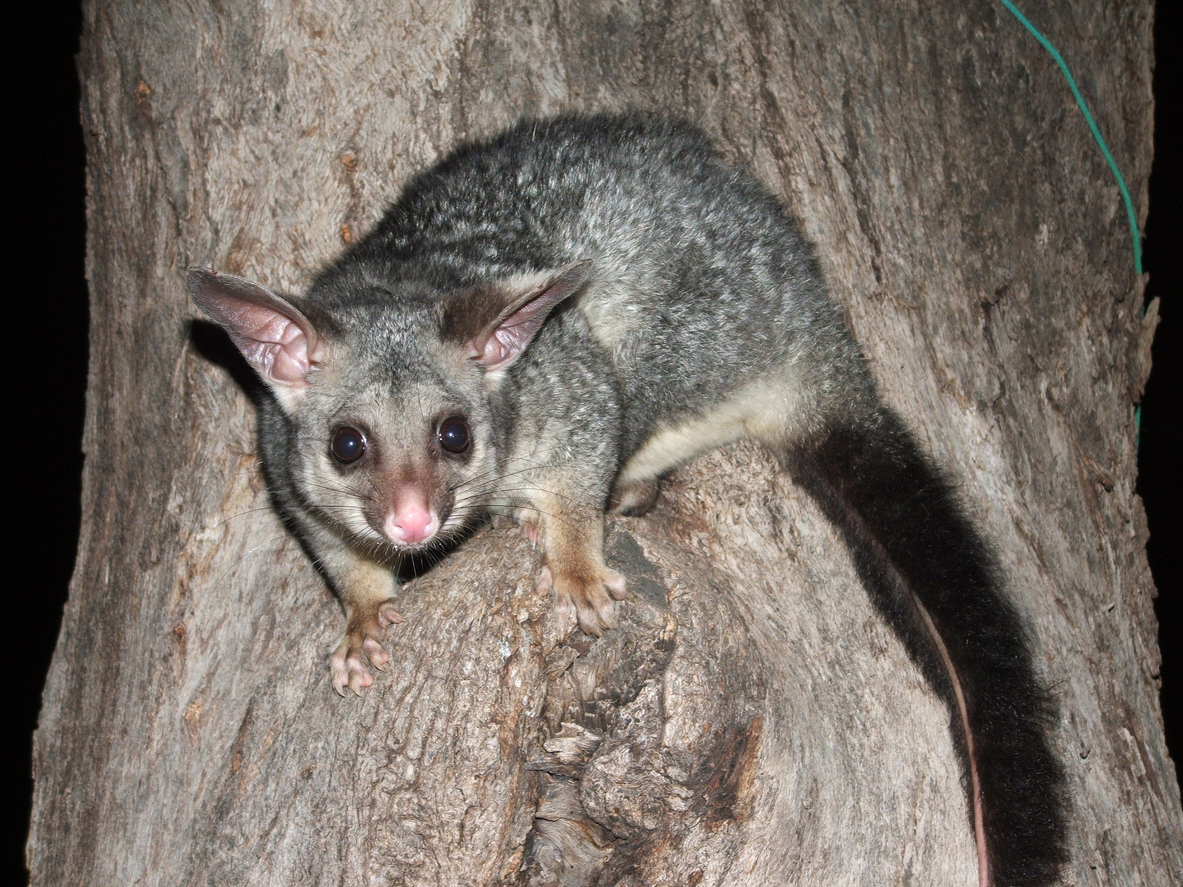 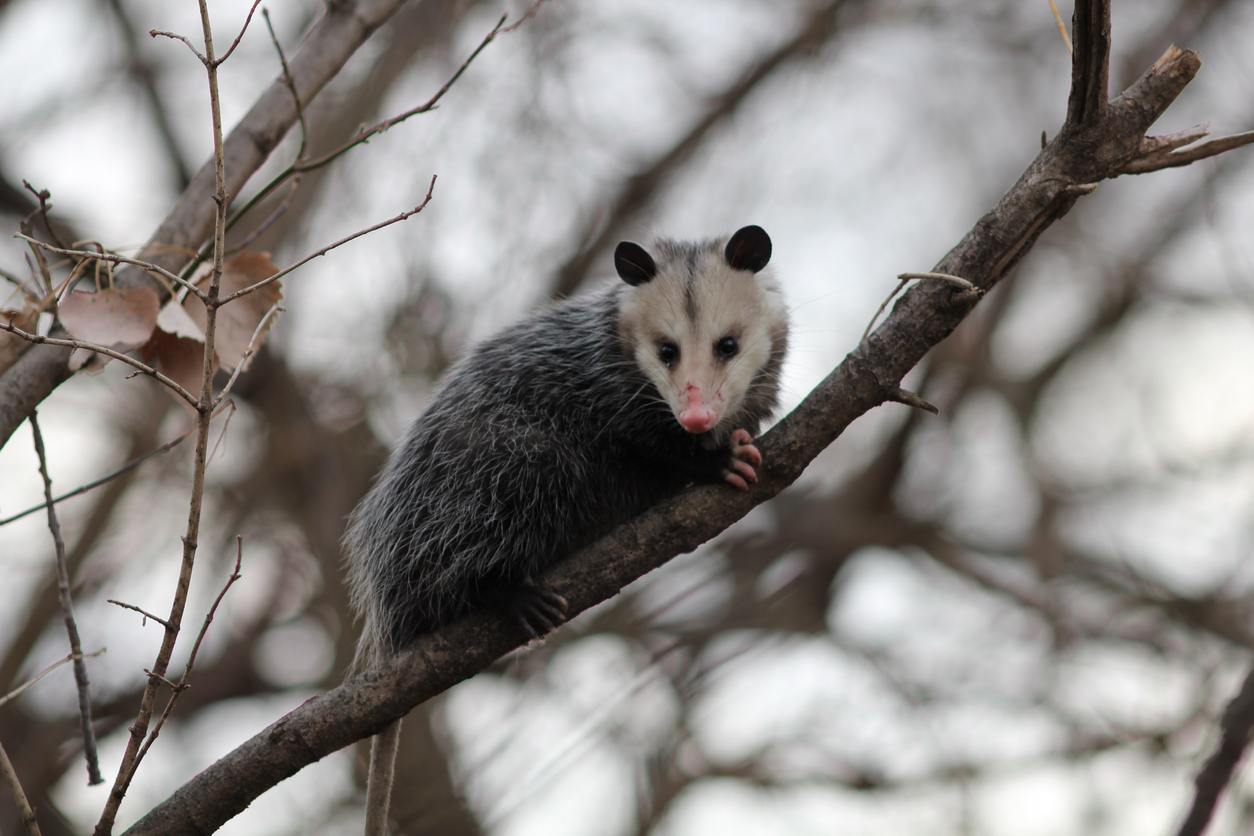 Like all cousins, they have a lot in common but are two vastly different animals. So throw that “O” in there from now on, unless, of course, you’re from Australia. Then say it however you please.

Now that we’ve got that out of the way, let’s jump into some bizarre facts about the American opossum. Because these misshapen, misunderstood and mysterious creatures have a whole lot more going on than it may appear.

Contrary to popular belief, opossums aren’t blind at all. They just have terrible eyesight during the day. Their pupils are always dilated, and as nocturnal animals, an opossum’s eyesight improves drastically at night. Makes you wonder why they don’t see cars coming more often. Sorry, little guys.

2. They’re the most handsome (and only) marsupial in America.

Out of the 334 marsupial species, you’ll only find one raiding Canadian and American trash cans. Yep, the Virginia Opossum is the only marsupial in North America. Some countries have kangaroos, others have wombats, but somehow, we got stuck with this funny looking furball. 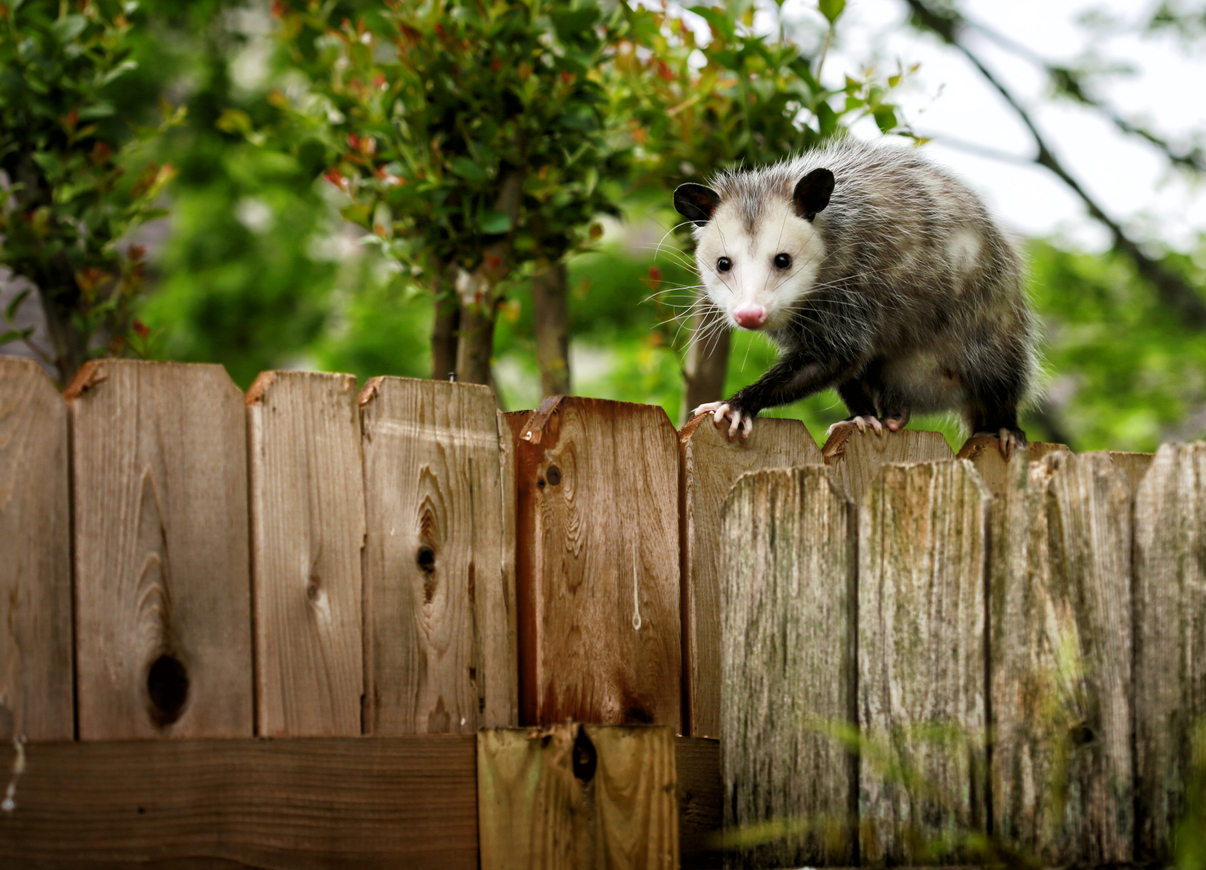 Okay, we’ll say a bit more. Opossums have a special peptide that operates as anti-venom. That’s why their favorite meal (other than garbage) is snake. Scientists are even trying to harvest this peptide to prevent fatal snake bites in humans. So, let’s thank these ugly little critters for providing us with these magic amino acids.

4. They don’t mate through the nose.

When the first colonizers set foot on American soil, they didn’t quite know what to make of these strange creatures. The opossum’s genitalia baffled the settlers — so much so that they thought female opossums were impregnated via the nose. This was completely and utterly inaccurate of course. Learn more about their strange reproductive set-up here. 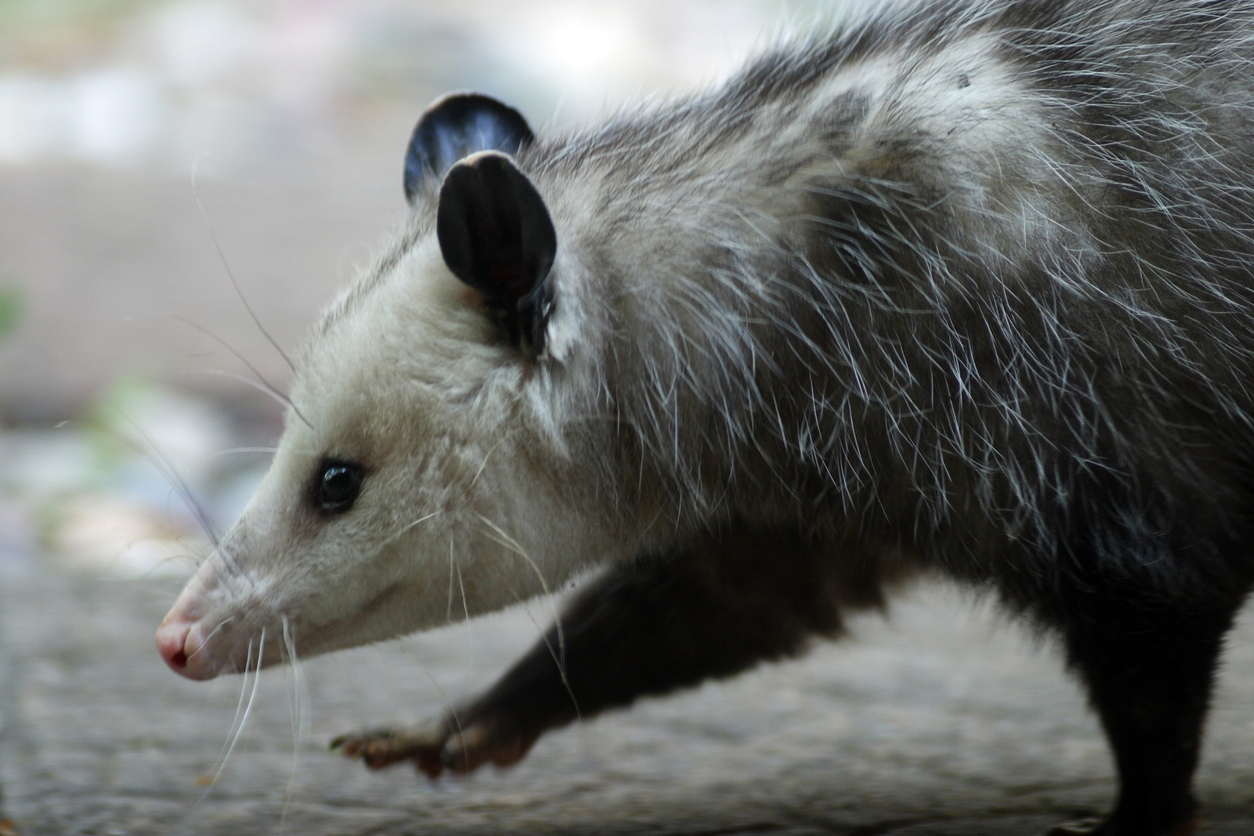 Like apes, and, well, us, opossums have opposable digits. Although, technically they’d be considered opposable big toes because they’re located on their two rear feet. These halluxes are used to help them climb, and steal large quantities of cat food.

6. They eat diseased bugs for breakfast.

It’s never fun when they invade your home, but having opossums around the neighborhood could be quite beneficial. Unlike other animals, they feast on ticks rather than house them. And ticks are known carriers of Lyme disease. They’re actively suppressing tick populations so that your household fur friends don’t turn into diseased parasite hosts. 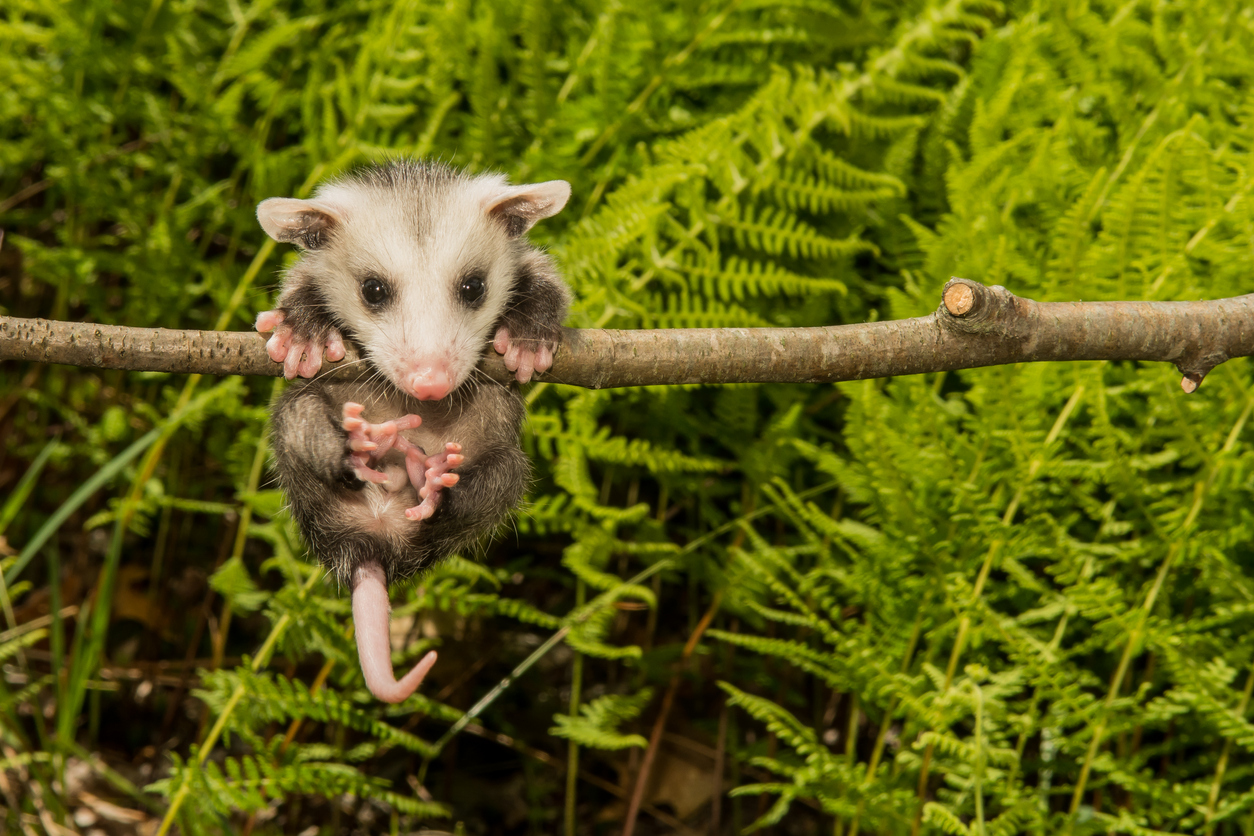 7. Their tails are almost as strong as their smell.

Opossums have prehensile tails. Meaning they can grab objects with those long fleshy appendages. That’s why you’ll see them hanging upside down from a tree branch or a power line. And since opossums will hang like that for up to four hours, and they can weigh a hefty 14 pounds, their tails have to be wicked strong. Imagine doing a pull-up for four hours straight. Actually, don’t. It’s just painful to think about.

When threatened, opossums will play dead. But as method actors, they are known to fully commit to this ruse by omitting a stench from their anus so heinous that even the hungriest predators won’t go near them. So, they don’t only look dead, they smell dead too. 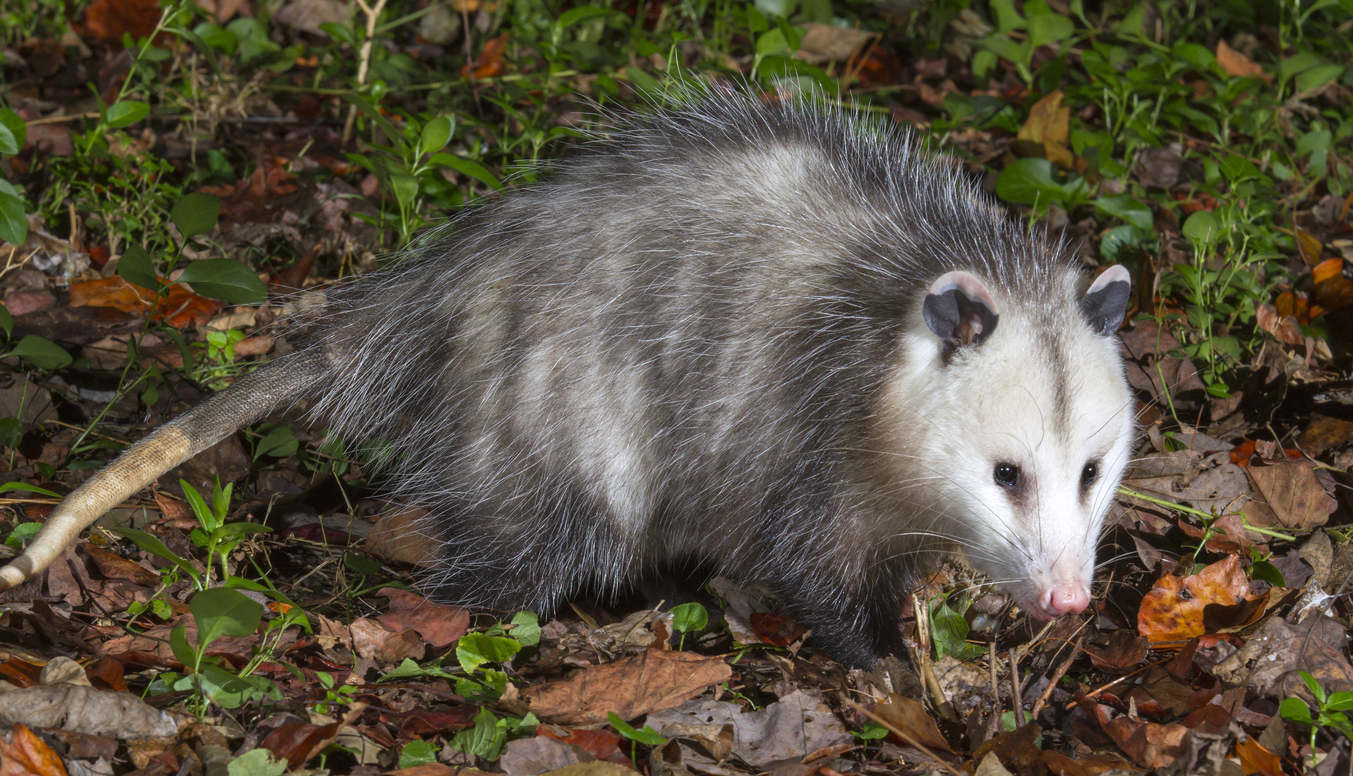 9. Playing dead is just how opossums deal with stress.

Opossums are not in control of these macabre performances. They’re triggered by stressful events and they don’t have any choice but to play dead and omit smells. It’s the price they pay for not being eaten alive.

10. They’re the kangaroo of our country.

Australia can keep its kangaroos, we have a smarter, more compact version here at home. Though they aren’t considered cute in most people’s eyes, they don’t hop around, and they don’t look good in boxing gloves, they’re much more interesting. Plus, they carry their babies in pouches too.

Opossums are incredible little marsupials with a lot to offer the world. But when they get inside your home, they can be a bit of a nuisance. Hopefully now if you do come across one, you won’t be scared. You’ll be honored that you’re in presence of greatness. However, if you don’t want these unique, American-made marsupials as a houseguest, give us a call. We’ll help you out.